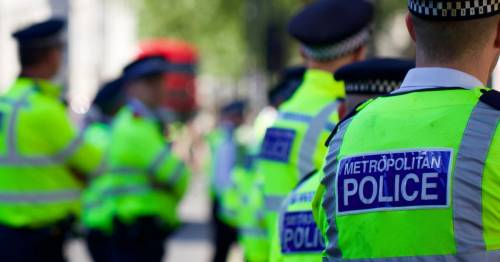 A woman was fined £12,000 for throwing a party on the day of Prince Philip's funeral – the day after Downing Street had also played host to a bash.

Vianna McKenzie-Bramble, 28, was penalised for her actions to the tune of £12,000 after it was discovered she hosted 40 people for an outdoor celebration at her home in Hackney, London, on April 17.

It was also the date of the Duke of Edinburgh’s funeral, when Covid restrictions saw the Queen sit alone as she grieved the loss of her husband of 74 years.

But now the Prime Minister himself has been forced to apologise following a catalogue of allegations that Downing Street also played host to a number of illegal gatherings during the restricted times, including the night before the service for His Majesty.

Meanwhile McKenzie-Bramble was taken to task by a Met Police officer for the timing of her party on the day of the Royal funeral, the Evening Standard reports.

In a statement to support her prosecution, PC Lindsay England said: "It was a clear and blatant disregard of the recent easing of lockdown measures.

“I explained to Vianna that there needed to be consequences for her actions, namely organising such a large gathering during a time where there is still such a significant risk to public health.

Boris Johnson has been forced to apologise this week
(

“On this day in particular it was the funeral of His Royal Highness, the Duke of Edinburgh Prince Philip.

“The country is in morning (sic) and only limited members of his close family were able to attend the ceremony.

“Vianna being so blasé about organising such a large and illegal event for her 27th birthday party is totally unacceptable and disrespectful in light of everything that is going on in the world.”

McKenzie-Bramble was reported to police by a neighbour after she erected a marquee in the communal garden, hired a bouncy castle, and bought alcohol and food.

Even the Queen complied with the rules
(

She was fined £12,000 plus £300 in costs and court fees at a hearing last September, with an order to pay the five-figure bill within 28 days.

However Scotland Yard has resisted calls to investigate the parties at Downing Street for alleged Covid-19 breaches, insisting it is waiting for the results of an internal probe by a civil servant.

Over 2,000 people have been criminally prosecuted by the force for pandemic rule-breaking in the last two years, leading to fines totalling more than £1.2 million.

Previous : Grumpy binmen caught on CCTV calling residents ‘smelly’ and ‘dirty b*****ds’
Next : Emmerdale teases final showdown for Liam and Meena as he vows to kill her