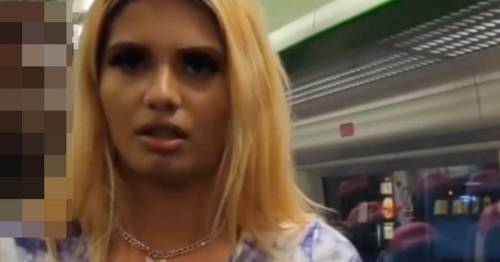 A woman filmed hurling vile racist abuse on a train has claimed she "lost the plot" after being chatted up by another passenger.

She then says she will knock him out before she shouts slurs at the man recording her – and threatens to stab him.

Police previously confirmed that they were investigating a "racially aggravated public order offence" after the incident, which took place near West Ham underground station, was reported.

But Ms Ahmed, who goes by the name Hassina Khan online, has now alleged that the spat unfolded after she was chatted up. 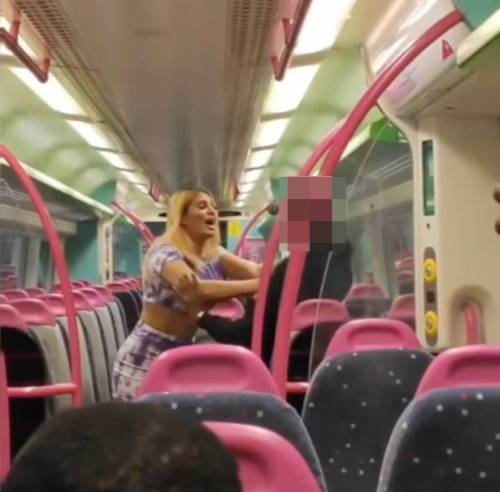 Footage showed the altercation on the train on Friday night
(Image: @dblackbuddha/News Dog)

She told MailOnline that the man she identified as Algerian had asked for her phone number before becoming abusive.

She claims that she told him to leave her alone as she is a Muslim – which prompted him to start insulting the way she was dressed.

"When I said that he started screaming at me: 'What sort of Muslim woman are you? Look at the way you're dressed'," she said.

"'You're showing off your body. You're a wh*re, you should be ashamed of yourself'.

"I became really angry and had to defend myself."

She said that she was "quite intoxicated" at the time of the incident, which happened at around 11:30pm on Friday.

And Ms Ahmed, from East London, admitted that she could have handled the situation better. 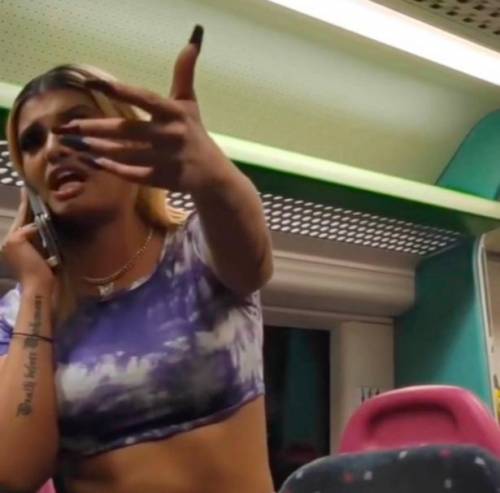 The woman confronted a passenger before becoming aggressive towards the man recording her
(Image: @dblackbuddha/News Dog)

But she denied being racist as she is "half black" herself.

She said: "I don't want people to think I'm a monster. They need to know the truth about what happened.

"There was clearly a reason why I became so angry, but the video doesn't tell you the whole story.

"The guy who filmed it only recorded one part of it and you don't see what started this whole thing off."

And one of the other passengers on the train has now told his side of the story.

The man, 30 and a software engineer from London, said: "It was very difficult.

"I was trying not to have any physical contact with her, but I wanted to protect myself.

"I’m black and I’m a guy, so I know I have to tread that very fine line very carefully. No one wants that kind of ambiguity.

"At the time I wasn’t paying attention to the fact that she was threatening my life.

"I wasn’t thinking about my safety at that point I just wanted her to stop picking on the guy.

"I was cross about her behaviour and that the situation had escalated.

"It felt real but I ignored it because I didn’t feel terrified of her and I’m still not. 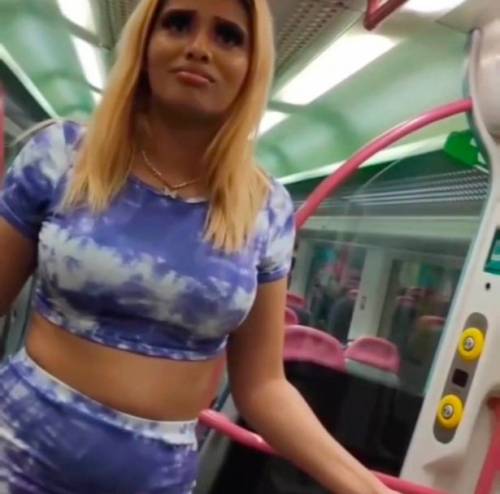 "The more she said it, I wondered if she has experience of stabbing people, or being involved in things like that, so I knew then I had to report it.

"Whatever is going on, a dialogue is better than that physical and racial abuse.

"It was very concerning: when she realised we were filming she kept saying he had done stuff to her, but I don’t think he had anything to do with her – she was just making it up to try and cover herself.

"I hope people take from this just to be nice to each other.

"We all come from different places but we are basically the same.

"It felt like a betrayal that she said she’s half Kenyan. In that case she should know better."

"Officers are aware of footage on social media of this incident, and enquiries into it remain ongoing.