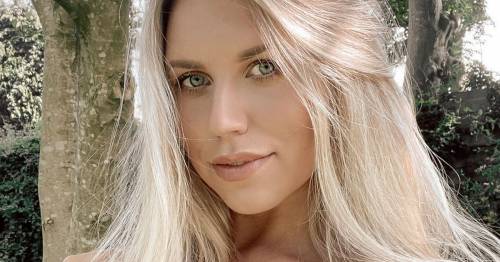 A money-savvy DIY-er has explained how she totally transformed her kitchen by using B&Q and Wilko bargains.

Freya Farrington, 29, from Greater Manchester, says some of her cheapest purchases include a mini roller set, grout pen and knife set that cost £1 each from Poundland.

Instead of spending money on replacing her radiators, she also snapped up spray paint for £5 from Wilko to give them a new lease of life.

And rather than purchasing new handles for the drawers and cabinets, Freya decided to keep them and spray paint them black using a £5 can of paint from Wilko.

Other savings Freya purchased include Leyland Matt White paint, which was on offer at B&Q for £20 for two big tubs.

The kitchen before the transformation
(Image: latestdeals.co.uk)

Here's how it looks now after all the work
(Image: latestdeals.co.uk)

Freya told LatestDeals.co.uk said: “My partner Tom and I bought and moved into an Edwardian property back in October.

“Over the last few weeks we have begun our renovations so in the meantime, I wanted to improve the spaces we were living out of.

“I didn’t like the existing style in the kitchen so I wanted to blast the walls white and change the floors so it felt cleaner, lighter and more like home.

“With it being a temporary fix until we save to extend and build our new kitchen at the other side of the house, we wanted to do this very much on a budget." 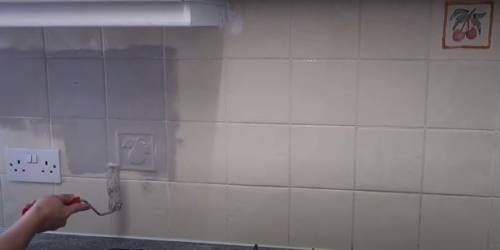 Instead of buying new tiles, Freya decided to paint them
(Image: latestdeals.co.uk)

For the worktops and splashbacks, Freya used a marble vinyl from B&Q, which cost £30 for three rolls, to stick over the existing design – saving her hundreds on new surfaces.

The cupboards were painted with quick dry furniture and cupboard paint from Wilko in an ivory shade which came to £20 for two tubs.

The most expensive part of the kitchen makeover cost £600 for a neutral vinyl purchased from an independent store – but this will also cover two other rooms in the house.

Freya said the first steps were to take the kitchen door off to open up the space and then paint over the wallpaper that was already on the walls.

The money-conscious shopper then painted the walls using the Leyland Matt White emulsion, applying Polycell quick drying Polyfilla to fill in any gaps along the way.

The old floor was drab and not to Freya's taste
(Image: latestdeals.co.uk)

The new flooring was the most expensive part
(Image: latestdeals.co.uk)

While the paint dried, she focused on spray painting the cabinets and handles, followed by the tiles which she painted from cream to grey.

Once all the paint was dry, Freya screwed the cabinet handles back on with an electric screwdriver and focused on the floor.

They had professionals apply the flooring, but sticking on a budget they just went over the top of what was already there.

Freya said: “We did this to save on labour time, but also because we had no idea what they could end up pulling up. Now it’s done, it’s quite the transformation.”

The final touches for the kitchen were a wreath on the window, which was gifted, and four prints with black metal frames from online retailer Desenio at a total estimated cost of £81.

In total, Freya estimates that her kitchen cost her £450 – if you take into account that the flooring she purchased is being used in two other rooms as well, meaning it cost £200 per room.

Tom Church, co-founder of LatestDeals.co.uk, said: “Freya has done a great job transforming her kitchen on a budget.

“Wilko, B&Q and Poundland are some of the best shops for finding bargain supplies.

“More and more people are starting to use d-c-fixes on their kitchen worktops.

“It’s a cheap and quick solution which can be done in an evening without having to pay for a professional – result!”

Previous : Martin Lewis on how spending 1p on credit card can save you thousands if sale collapses
Next : First-time buyer schemes explained – and how to get on the ladder with a small deposit