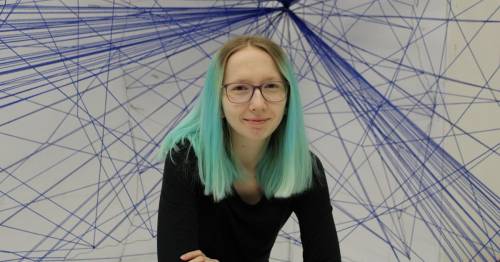 Woman diagnosed with incurable condition after ‘scrunching’ her face at teacher

A woman was diagnosed with Tourette’s syndrome after she couldn’t help scrunching her face at her teacher.

Emily Bridges was 18 when she felt an "overwhelming lack of control" as her head "suddenly started jolting to the side" on the bus to college.

She initially dismissed the incident, but was forced to confront it when she started making a h iccup-like sound which developed into involuntary shouting and swearing.

She was eventually diagnosed with Tourette’s, a neurological condition causing involuntary and uncontrollable vocal and motor tics, by a specialist from The Walton Centre in Liverpool.

Emily, a student from Wigan, says she at first could not accept she had the condition, although she has now accepted it, the Liverpool Echo reported.

She added she is often mocked for her tics by those who do not understand the severity of the condition.

Emily was eventually diagnosed with the neurological condition
(

She said: “I now knew what it was, but now I had to live with it.

“I had accepted Tourette's was the true diagnosis, but I hadn't yet accepted the dramatic change, the huge mental and physical toll, it would bring to my life.

“I couldn't fathom I could have a neurological problem. My mind wouldn't let me accept that possibility.”

"Too many fail to recognise Tourette's as a real disability and simply see it as 'the funny swearing disease'.

“Too often, when Tourette's is casually talked about, it's in a joking context.

"So when some people see it in real life, I'm mocked and my tics are mimicked by people who don't take it seriously as a condition.

“You'd think that if you suddenly started making noises and movements totally out of your control, you'd immediately believe there was something medically wrong.

The condition caused her once to be confronted by a stranger who thought she was swearing at them and did not believe she had Tourette’s.

Emily, now 20, added: “I didn't know what else to do but hurry away before I had another provoking tic.

“I'm determined to work hard, achieve my goals and prove that Tourette's doesn't have to hold me back.

"I now no longer perceive it as the enemy, or resent it for the challenges it brings.

“I accept it as this part of me that requires compassion, by paying attention to what exacerbates my condition and adapting my day-to-day.”

Previous : Blood donor storms out and refuses to return after being asked if he’s pregnant on form
Next : Russian spies could be ‘active at all levels of British society’, MI5 believes