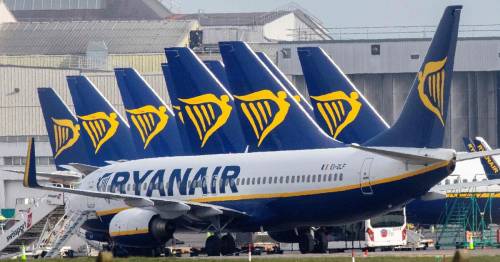 A woman was barred from stepping on board a Ryanair flight after confusion over a cancelled flight during the covid pandemic.

Ursula Barry was trying to check-in to her booked flight from Faro, Portugal to Dublin airport but was stuck when things didn't go as smoothly as usual.

Ms Barry had cancelled a previous flight due to covid restrictions and had applied for an official refund from Ryanair.

But her refund was denied as the flight still went ahead as scheduled in September 2020.

Speaking to the Irish Times, she said: "When I tried to check-in for this flight, Ryanair would not allow me to check-in."

"After tedious hours spent trying to contact Ryanair, to find out what was happening, I finally got through. I was told that there was €210.95 owing to Ryanair and I would not be allowed to check-in without paying the money."

She was trying to get to Dublin airport
(

She had incurred the debt of €210.95 after the company said she was incorrectly awarded a refund for the ticket she had cancelled, as the flight still went ahead.

She said: "I had applied for a refund from Ryanair for that flight but was told no refund was due.

"Ryanair are now saying that the refund was ‘incorrectly’ given because the flight actually took place and that I had to repay the refund of €210.95 or I wouldn’t be allowed to fly home.

Plane fills with smoke on landing

According to the airline, a "tiny minority" would be affected by this policy after flyers were 'unlawfully' issued chargebacks from credit card companies.

Chargebacks are reversal transaction paid back by the debit or credit card company instead of an official refund from the airline itself.

Ryanair has now confirmed that in order for these affected passengers to fly Ryanair, the outstanding debt will have to be paid.

A Ryanair spokeswoman said: "Non-refundable tickets on Ryanair flights which operated as scheduled during Covid-19 but who chose not to travel and then unlawfully processed chargebacks via their credit card company.

"These few passengers will be required to settle their outstanding debt before they will be allowed to fly with Ryanair again."

Previous : Woman stunned to win McDonald’s Monopoly prize – and son jokes the money should be his
Next : Judge blocks Baltimore from banning Catholic group’s rally