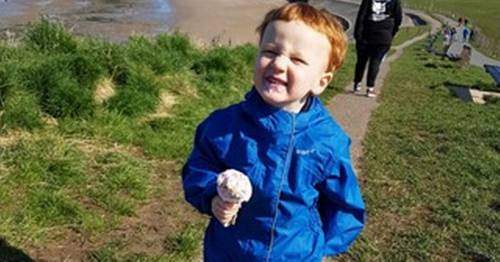 Woman appears in court charged with manslaughter after boy, 2, killed in gas explosion

A woman has appeared in court charged with the manslaughter of her two-year-old neighbour, George Arthur Hinds, who died in a fatal gas explosion.

Sharon Greenham, 51, is accused of manslaughter of the young boy, following the blast on Mallowdale Avenue in Heysham, Lancashire on May 16 2021.

She attended Lancaster Magistrates' Court on crutches as George's grieving mother, Vicky, sat in the public gallery on Wednesday.

In a brief hearing, Greenham did not indicate a plea to the allegation as the matter was sent to Preston Crown Court.

She is also accused of the theft of gas.

Her husband, Darren Greenham, 44, faces the same allegations and is due to appear before the city's magistrates on January 26.

A third defendant, Paul Marsh, 54, also appeared in court on Wednesday accused of theft of gas and criminal damage.

Both Marsh, of Banks Crescent, Heysham, and Sharon Greenham, now of Bowness Road, Lancaster, were bailed to appear at Preston Crown Court on February 11.

Emergency services were called to the scene of the explosion, in the early hours of May 16.

They found two houses had collapsed, with a third seriously damaged.

In a tribute issued after George's death, his parents, Vicky and Stephen, said: "We are devastated at the loss of our beautiful George. He was so precious to us.

"We have no words to describe how we feel and just want time to ourselves to come to terms with what has happened.