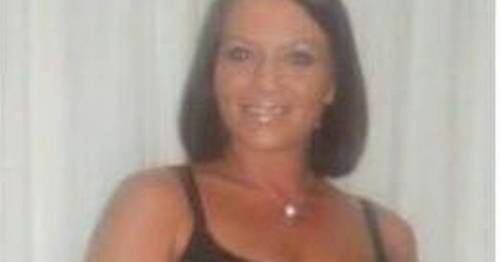 A former estate agent accidentally took a fatal cocktail of prescription medication and cocaine after she and her fiancé frittered away a £150,000 inheritance payout in the space of a year, an inquest heard.

Criminology and sociology graduate Kerry Riding, 40, and husband-to-be John Lord blew the cash on drugs, hotels and B&Bs after he was left the legacy by a relative.

The penniless pair were so broke after the £12,500 a month spending spree they ended up living in a tent before Miss Riding's mother helped get them a home.

On November 22 last year the mother of one was found dead by Mr Lord after ingesting a lethal level methadone, liquid morphine and cocaine plus anti-epilepsy drug Pregabalin, diazepam and the anti depressants mirtazapine and fluoxetine.

Police searched their home in Bury and found enough medication stockpiled at the house to treat ''most of Greater Manchester'' according to the coroner.

The Rochdale hearing was told Miss Riding had been a ''very outgoing girl'' but had issues with illegal substances as a teenager.

The former estate agent and her fiancé frittered away a £150,000 inheritance payout in the space of a year, an inquest heard
(

Miss Riding and her partner of 13 years at one point ended up penniless and living in a tent, her mum Maureen said
(

Her mother Maureen said: ''She had been an estate agent but went into rehab for three weeks and that was where she met Mr Lord.

"Whilst living with him she distanced herself from me but I visited her on occasion. She was quite embarrassed about her drug taking.

“Mr Lord inherited a significant sum of money of around £150,000. When they got the money, they lived in hotels and B&B’s and it took 12 months for them to spend it all between them.

"Kerry and Mr Lord eventually became homeless and they lived in a tent. I couldn’t look after them both so I help them find a flat in Bury – but she didn't like it.''

The hearing was told in June 2020 Miss Riding, who had a teenage son from a previous relationship, had to be placed in an induced coma after taking an overdose. She spent two weeks at Salford Royal Hospital before being discharged.

Her mum described Kerry as having a "brilliant two weeks" before she died.

"She was a completely different girl. She wasn’t depressed, it was the old Kerry before the drugs.

"She was happy and outgoing and seemed to be having a significant improvement in his wellbeing but sadly she was taking more medication than what was prescribed to her. When she was in pain, she would take more."

Mr Lord told the inquest: “We were together for 13 years. We had lived at the flat for two years but did not enjoy living there and we were trying to get out of the flat. That was a lot of work that had to be undertaken. There was no hot water and Kerry got down about it.

“She had had pneumonia, that was why she was originally taking into hospital on 15 Jun 2020.

"She was sent to the ICU in Salford for six weeks before being discharged. She was frail when she came home from the hospital. I think she was discharged too early because of Covid.

“She was never the same again. She would not sleep in the bedroom, we slept in the front room. She only left the flat twice after being in a coma before her death to go around to the garage shop.

“Some of the medication was delivered. The methadone was not supervised. She got one weeks worth at a time. She had a lot of medication on a daily basis.

"We were both drug users. When she came out of hospital, there was hardly any use of any illicit drugs, it was mainly only prescribed drugs.

''She could have taken some of mine without me knowing but I did not give them to her. The cocaine was delivered to the house by a drug dealer and the phone number kept changing because the drug dealers were on to us 24/7.

''She cut back on illicit drugs after coming out of hospital in July and we were both due to go into detox because we were sick of the lifestyle. She was looking forward to getting her life back to normal and was making plans for the future.

'She wanted to increase the level of contact with her son and she thought that was possible. There were plans to improve the accommodation situation. She felt hopeful that there was a future.

“I do not think she died from an intentional overdose."

Detective Inspector Philip Housley of Greater Manchester Police who investigated the tragedy said stashes of medication were found in the kitchen cupboards, fridge, bedroom, under the stairs and in the living room.

He said "Kerry was not forced to take the medications or held down," while there was "no evidence of third-party involvement or suspicious circumstances".

Recording a conclusion of drug related death, coroners Julie Robertson said: “Kerry was in a frail state when she left hospital. John saw her every day after she had come out of hospital after being in an induced coma.

"Her ability to fight infections and deal with life was depleted.

“In combination with morphine and cocaine, the drugs she took became a toxic combination. I do not think this was a suicide. She was taking really positive steps.

"Mr Lord would help her with her medication and essentially be her carer.

''If she told him she wanted to take her life, he would have marched her to the hospital. I commend you Mr Lord. You cared for her in difficult circumstances when you were going through a difficult period in your own life.

''It must have been horrific to have found her in the way you did. You were with her for a significant amount of time. There was nothing more you could have done.

“I think she has enough medication in the house to medicate most of Greater Manchester. Unfortunately, the supply she had taken was too toxic for her.

"It is such a shame drugs became a problem in her life.''