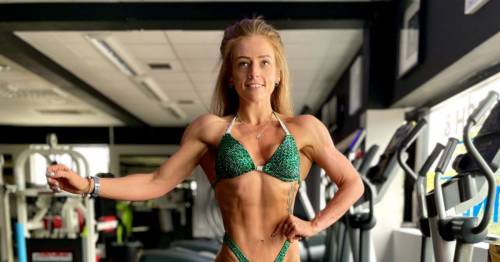 A 28-year-old woman dropped over five stone after deciding to become a bodybuilder.

Faye Giles, from Sutton Coldfield, Birmingham, has gone from a size 16 to a size six after starting a weight loss and fitness journey in 2018.

She began by ditching her unhealthy habits, but she still was not fully happy with the way she looked, so she set herself the challenge of becoming a bodybuilder and competing in bikini competitions.

Faye said: "I used to go to the gym but I had no idea what I was going and I had really bad eating habits.

"Some days I wouldn't eat anything at all and then other days I could eat about four takeaways in one day.

"I would eat whatever was in front of me, baguettes, biscuits, crisps.

"I would overindulge in Nando's and pub meals, and huge portions of hearty meals like lasagne and stir fry."

Her diet is completely different now as she has introduced more protein, vegetables and fruit.

She explained: "On training days I have six meals a day that consist of eggs, chicken, salmon, rice and oat.

"I have coco pops as a post workout meal and I eat plenty of fruit and vegetables now too."

Before embarking on her health journey, Faye hated the way she looked to the point that she did not want to take pictures with her friends on nights out and sometimes did not even want to leave her house. 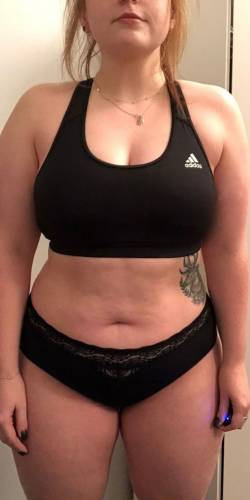 Faye decided to lose weight as she was not happy with the way she looked
(Image: Caters News)

She said: "I knew something needed to change."

Faye decided she was going to join a fitness challenge to get her motivated, and when she started seeing positive results, she knew she wanted to get even better.

The woman, who works as a project coordinator, said: "I lost the bulk of my weight doing the challenges. By 2019 I was wearing size eight to ten.

"I fell in love with making progress. It worked having a regimented plan and knowing I had boxes to tick.

"In the gym, I was constantly surrounded by people who were going to be competing in bodybuilding competitions.

"I was so inspired by them. I thought they were phenomenal. I was proud of my progress but I wasn't satisfied. I was determined to push myself further." 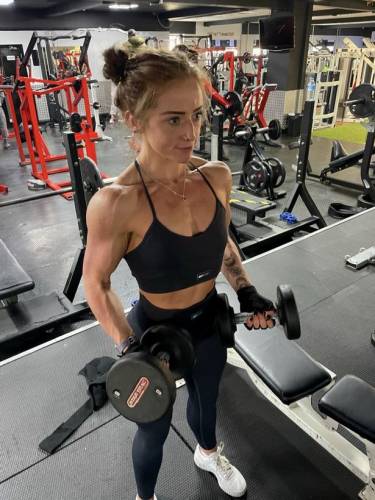 Faye set herself the challenge of becoming a bodybuilder
(Image: Caters News)

Competing in bodybuilding competitions was out of Faye's comfort zone, but in 2020 she spoke to her coaches and decided to give it a try.

Due to coronavirus things were put on hold as shows were cancelled, but she kept training.

Faye said: "I continued to work hard through the lockdowns. But when my 2021 show was booked, my whole life revolved around it.

"I had total tunnel vision for the 16 week prep period before the show. I trained five days a week and my calories started off higher to begin with.

"As time went on they gradually dropped and cardio was increased. Although my energy levels were low, I cruised it.

"Although I knew it was an extreme sport, I don't think you realise how intense it is until you actually do it."

Faye competed in her first show last month and came first place in her class, which gives her an invite to the British finals in October. 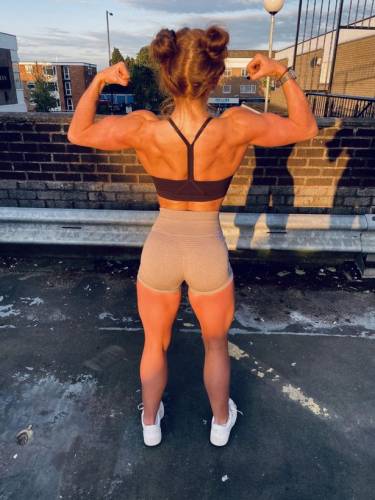 She admits being so nervous before stepping on stage but gave it her all and she was ready to show off her hard work.

Faye added: "I had a couple of minutes to give it everything. I gave all my sass. When I look back at videos and pictures of myself on stage I didn't even recognise myself.

"It was such a special day, but the glam of the show day glow up doesn't reflect all the extremely hard work that goes into reaching that point.

"I always wondered how it was humanly possible to do things like this, not many people can do it.

"I am so proud that I have. I think post-show has been the hardest for me watching the lines on my body fade away.

"But I know it's not realistic or healthy to stay in that shape.

"I got down to 7st 8lbs for my show, and before I started my journey I was well over 13 stone.

"I have a lot more confidence now. I feel like I have finally found my purpose.

"I couldn't live without doing this now. I start my prep for the finals in a few weeks and I am looking forward to seeing what package I'll bring to the stage and where I go next."