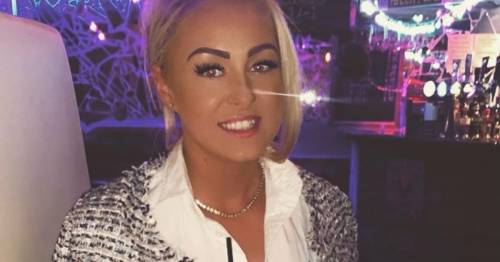 Woman, 25, who ‘lit up any room’ is killed after Mercedes crashes into tree

A young woman killed when her car left the road and collided with a tree “lit up any room” she entered, according to her heartbroken family.

Natalie Marshall, 25, was seriously injured when her Mercedes crashed on the A167 on the outskirts of Darlington on Friday, June 17, at around 3am.

Despite the efforts of County Durham and Darlington Fire and Rescue Service, North East Ambulance Service (NEAS) and Great North Air Ambulance, she died at the scene.

In a tribute released today, her family said: “Natalie was a very well-loved daughter, sister, auntie, and friend.

"We can’t put into words how we all feel about the loss of the biggest and strongest personality we knew.

Natalie 'lit up any room she entered', according to her family
(

“Natalie would light up the room as soon as she walked in, she was the most hard working and selfless young woman. We are well and truly heartbroken by this tragedy.

"I know for sure she has a place in many people’s hearts.”

The passenger, a man in his twenties, was taken to James Cook University Hospital, in Middlesbrough, with serious injuries where he remains.

Collision investigators have appealed to anyone who witnessed the incident, or who may have any dashcam footage of the vehicle shortly before the collision.

The A167 was closed as police began investigations
(

Anyone who can help is asked to call Durham Constabulary on 101, quoting incident number 57 of June 17.

A spokesperson for Durham Constabulary, added: "A woman has died following a serious collision in Darlington.

"Police were called to a one vehicle collision shortly after 3am on June 17 on the A167, near Coatham Munderville.

"It is believed the vehicle, a Mercedes C Class left the road and collided with a tree.

"Sadly, the driver, a woman in her 20s died at the scene.

A male passenger was taken to hospital
(

"The passenger, also a man in his 20s was taken to James Cook University Hospital in Middlesbrough with serious injuries.

"Collision investigators are currently working at the scene and the road is expected to be closed for some time."

A spokesperson from NEAS added: "We were called at 3:13 this morning to a one vehicle road traffic collision on the A167 in Darlington.

“We dispatched two double crewed ambulances, a specialist paramedic, a duty officer and a doctor from Great North Air Ambulance.

“One patient was taken to James Cook Hospital."

The road was closed for a short time as investigations were carried out.

Previous : Woman ‘scared’ after she was handed £8,000 EDF bill for home she no longer lived in
Next : Teen, 17, stabbed to death as seven people knifed in capital in 24 hours