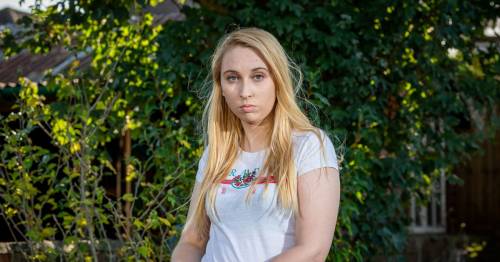 Woman, 24, left paralysed after implant got stuck so deep doctors can’t get it out

A young woman has been left paralysed and has lost the use of her left arm after her contraceptive implant got stuck so deep doctors couldn’t get it out.

Danielle Jarret, 24, had the tiny plastic rod, called nexplanon, inserted into her arm several years ago.

She hadn’t encountered issues with it until she went to have it replaced in 2019.

When her GP was unable to remove the 4cm implant, they sent her on to a nurse at a sexual health clinic in Greenwich.

However, the nurse there was also unsuccessful, prompting a referral to St Thomas’ Hospital, where she underwent a two-hour operation under regional anaesthesia.

Despite these efforts, surgeons were forced to desert their efforts to get it out, as it had sunken so deep.

Danielle, a Dartford, Kent, local, said the experience had ‘ruined” her life, effectively leaving her with a disability.

"Everything is a real struggle,” she told the Sun Online.

"I really took for granted what I could do before. It makes me feel so useless, and has really affected me mentally.”

Danielle says she has completely lost use of her left arm
(

"It was devastating at just 23 years of age to be told you’ve lost an arm," she added.

The young insurance worker had initially had the contraceptive implant, which is one of the most common forms of contraception in the UK, put in at her local GP surgery in Dartford in May 2016.

The small rod-shaped device is inserted just under the skin of the upper arm and lasts for three years, working by releasing progesterone into your system.

While the procedure seemed to have gone well, Danielle said she noticed afterwards that she couldn’t really feel it under her skin.

In May 2019 Danielle visited her GP to have the implant removed, but was told it had sunken too deep into her arm and she would need to see a specialist.

A doctor cut her arm open to take the implant out, she said, an unsuccessful effort which took around 20 minutes and felt like they were “searching for gold on a newly discovered island”.

"Then they told me I needed to go to hospital to get it taken out which hit me like a tonne of bricks,” she said.

“I had an ultrasound, and it came up there so I was booked in for a hospital operation in January 2020.”

However, Danielle’s two-hour surgery at St Thomas’ Hospital was also unsuccessful and she was told by doctors that the implant was “impossible” to get out.

The news left her teary and panicking, she said, her arm was “numb” and didn’t feel as though it was attached to her.

She was sent home in a sling but realised upon her arrival that she couldn’t feel her ring finger.

In the morning, the lack of feeling had worsened – she was unable to feel her forearm and couldn’t move her hand, aside from the little finger.

She went to A&E and was told she had nerve damage, which could be aided with physiotherapy – however, after 12 weeks her arm wasn’t any better.

Danielle said this is her new reality, with no one having taken any responsibility for what had happened to her.

Danielle Jarrett's arm, after sustaining nerve damage from an attempt to retrieve a stuck contraceptive implant
(

When Danielle's GP couldn't remove the 4cm implant, she was sent to a specialist – who also couldn't get to it.
(

Furthermore, doctors had not been able to confirm as to whether this has made her infertile or not.

She has been going to follow-up appointments in London for physiotherapy and for doctors to monitor what impact the implant is having, she said.

But doctors haven’t had any news as to whether her fear of being left infertile, might be a reality.

Danielle has been adjusting to living life with the use of just her right hand for the past eight months and now depends on her mum Alison Jarrett, 53, nursery worker.

While she is grateful for the help, she described the situation as “frustrating”, as someone who enjoys being independent.

"Even if it does take a few years, I've been told it's likely it will only regain 70-80% of its full capacity in my arm,” she said.

"I just really regret it.”

Danielle recently had a meeting with her consultant and has an MRI scan scheduled for later this year, to monitor the impact the implant is having on her body.

She is also hoping to get some clarity on how the implant sank so deep, and whether it was inserted properly in the first place.

She has switched from professional physio to doing exercises at home, as doctors said they had “done all they could”.

The Mirror has contacted St Thomas’ Hospital for comment.