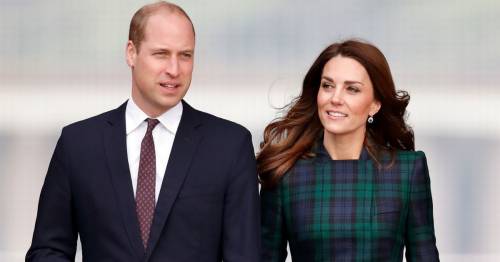 Prince William's rift with his younger brother Prince Harry has made him and the Duchess of Cambridge "even stronger together", an insider has claimed.

Much has been made of the rift between the two brothers, which was reportedly sparked by William's concerns over Harry's fast-developing relationship with Meghan Markle ahead of their royal wedding in 2018.

In an interview with Oprah Winfrey in March, Harry claimed William was "trapped" within the royal system – which is said to have left William furious.

Since Harry and Meghan quit as senior royals and moved to the US last year, Harry has only seen his brother twice – at the funeral of Prince Philip and at the unveiling of a statue of their mother Princess Diana.

And according to PEOPLE Royals magazine, the feud between the two royal brothers has "reinforced" William's bond with his wife of 10 years, Kate.

A close insider told the magazine: "In the last 18 months he [William] hasn't had Harry as his rock. The disintegration of that relationship has actually brought him and Kate even stronger together. She really is his rock.

While another friend added: "If things are right [in a marriage], which they are with them, your crutch to lean on is your partner. There is an inevitability about that."

Earlier this month, one of the authors of Finding Freedom, an unauthorised biography of Harry and Meghan, claimed no senior member of the royal family has stepped in to try and heal the rift between William and Harry.

Speaking on ITV's This Morning earlier this month, Omid Scobie was asked by hosts Rochelle Humes and Alison Hammond if there had been any breakthrough in healing the William and Harry's fragile relationship.

He replied by saying "family fractures" were far from fixed but pointed out that due to travel restrictions, the brothers have had little opportunity to meet up.

But he also told the programme: "I wish there was a.. you know, we have all experienced family squabbles and so on, but there is always a senior member of the family who clips you round the ear and pulls you all together and says talk!

"And I haven't heard that from any source connected to the family that there has been someone who has played that role.

"I'm sure if Diana was here today, that's exactly what she would do. But I've certainly not heard that from any of the others."

Previous : Guaido says Venezuela’s access to IMF SDRs to be part of political talks
Next : Urgent warning for Apple users over ‘zero-click’ malware which can infect devices