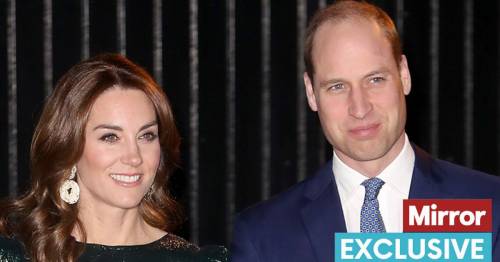 Prince William and wife Kate are set to be addressed by name and NOT title in a huge shake-up of royal protocol.

The Duke and Duchess of Cambridge want to scrap stuffy formality – including curtsies and bows – when on duty.

A royal source said they were motivated by their disastrous Caribbean tour.

The source said: “They want to be more approachable, less formal, less stuffy and break away with a lot of the tradition.”

The Sunday Mirror has learned the prince plans to tear up the rule book to “move with the times.”

After the couple’s disastrous Caribbean tour, William is said to be focused on a streamlined, modern monarchy to ensure its survival.

A source revealed: “When the team arrived back in London the couple had a debrief with aides.

Harry and Meghan at the Invictus Games
(

William and Kate at a rugby club last year
(

“They went over everything and pinpointed specific things that went wrong and how to improve moving forward.

"The general consensus was that the tour seemed out of date, out of touch, too formal and stuffy.

“So now it’s more ‘Wills and Kate’ instead of the Duke and Duchess of Cambridge… ‘Just call me Wills’ type of thing.

"They want to try to avoid the bows and curtsies in public, be more approachable, less formal, less stuffy, and break away with a lot of the tradition and focus on a modern monarchy.”

William and Kate were shaken by criticism of their Caribbean tour in March – heralded as a PR disaster.

There were imperialistic undertones as the couple shook hands with well-wishers standing behind a a metal cage fence in Trenchtown, Jamaica.

A Twitter user captured the public mood at the time, posting: “Everything about this is wrong.”

And author Omid Scobie, who co-wrote Finding Freedom – about Prince Harry and wife Meghan – wrote: “Fans climbing walls, reaching through railings etc is nothing new – seen it on every tour.”

In contrast, our source said, Harry and Meghan were perceived as “down-to-earth, normal people” when they attended the Invictus Games in Holland last month.

It was the week-long tour of former British colonies that left William, 39, and Kate, 40, acutely aware of a need for modernisation.

The pair were criticised for riding standing up in an open-top Land Rover during the inaugural Commissioning Parade on March 24.

It was deemed to be an embarrassing blast from the past.

Protesters gathered outside the British High Commission in Kingston, singing traditional Rastafarian songs and holding banners urging Britain to apologise for its involvement in the slave trade.

Jamaican Prime Minister Andrew Holness told William and Kate during a photoshoot that his country wanted to become independent of the Commonwealth and address “unresolved” issues.

William did not address calls to remove the Queen as head of state in a speech at the governor general’s residence.

But he did say he agreed with a declaration by his father Prince Charles that “the appalling atrocity of slavery forever stains our history”.

William also spoke of his “profound sorrow” for the institution of slavery, which he said should never have existed.

William and Kate want to be known by their first names
(

Our source said the general consensus of the tour was that it was “silly” to have pushed old royal traditions and the couple wished they could turn back time and do things differently.

The source added: “If they could wave a magic wand and go back in time, they would change almost everything about the Caribbean tour.

“William and Kate are now both very aware that to certain parts of the world, and to the younger generations, the monarchy is a symbol of colonialism and a time gone by.

"Now, it seems silly to have celebrated that and push royal traditions during the tour.

“One of the big mistakes they pinpointed was echoing the Queen and Prince Phillip’s military parade, standing up in the open-top Land Rover.

“In retrospect, the team decided that this was one of the main symbols that showed the Royal Family hadn’t changed and moved on with the times. It portrayed a very elitist and out of touch monarchy, and this can no longer be the image it should portray in order to survive.”

According to our source William and Kate “are perceived as the royal stars” – and the Queen believed the younger generation of royals would “cement the monarchy’s position globally and secure the Commonwealth”.

The source added: “It was a shock to them all. A real eye-opener. This is what prompted institutional change within the monarchy. Otherwise, they just wouldn’t survive.”

The Sunday Mirror also understands there are future plans for “an overhaul of the entire monarchy with the rules and traditions that surround it, including Charles and Camilla”.

But the establishment’s focus for now “will be on William and Kate so that they can represent the future of the monarchy”.

Jamaican officials have previously said its government is studying the process of reforming the constitution to become a republic.

Last year it announced it is to ask Britain for compensation for forcibly transporting an estimated 600,000 Africans to work on plantations.

Previous : GP spends £6,000 treating daughter, 11, with long Covid abroad as ‘no help in UK’
Next : Police search for missing twins, 6, who vanished after playing in front garden