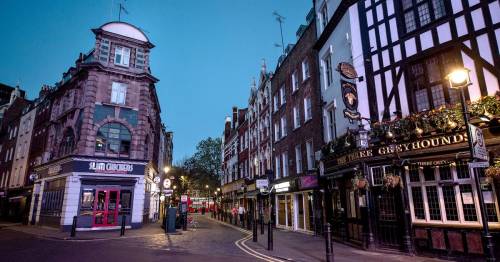 Will there be a new lockdown at Christmas and when would Boris Johnson introduce it?

From being cooped up indoors and an end to socialising, to families not getting to spend Christmas together, Brits are dreading the prospect of a return to lockdown due to Covid.

Yet, some people are worried that with gradual rising cases, a return to restrictions could be possible in similar circumstances to last year.

An increase in cases around Europe has also led to fears surrounding tighter rules in the UK. Austria went into a 10-day lockdown on Monday and German chancellor Angela Merkel admitted the country was suffering amid a fourth wave with around 60,000 cases every day.

While cases are high, the UK did not have such an extensive vaccination programme when it entered lockdown restrictions around this time last year.

But what would a Christmas lockdown look like, and is it actually on the cards?

Will there be a lockdown at Christmas?

There is unlikely to be a lockdown at Christmas from what government guidance and ministers have said.

Though officially not ruling anything out, meaning that it is indeed possible, the government would be extremely unwilling to re-enter a lockdown face due to the nature of the restrictions.

Bars and restaurants would have to be shut, causing a potential crisis in the hospitality sector with finances having suffered in the past year.

It is unlikely there will be a full lockdown over Christmas

The economy would take a hit too and these are different circumstances from last year as we have a vaccine. People are currently being encouraged to take up their booster jab.

Scientists are currently not necessarily backing a full lockdown either. Epidemiologist Nigel Ferguson, whose modelling helped the first lockdown in place last year, said: "I think it is unlikely we will get anything close to what we had last year, that catastrophic winter wave.

"We might see slow increases as we did in October, for instance, but not anything as rapid as we saw last year," he told BBC Radio 4’s Today programme.

How many cases would there need to be before a lockdown is enforced?

However, the government's contingency Covid Plan B has not been completely ruled out, although health secretary Sajid Javid has been keen to play down rumours of it.

It would depend on a significant rise in cases, perhaps even a disastrous one.

Restrictions would likely depend on the NHS becoming overwhelmed
(

Last month, Javid told LBC: "It's getting darker, we can see it's getting colder, we will spend more time indoors, and so we should think about hand hygiene, about getting tested regularly, especially if you're going to meet your more vulnerable… perhaps an elderly relative or someone – so if we can do all that, I'm sure that we're going to have a great Christmas."

A lockdown would depend more so on if the NHS is becoming overwhelmed.

Organisations like doctors’ and NHS groups have argued the health service is close to breaking point due to the backlog of elective care.

The prime minister, Boris Johnson, said he could see "nothing in the data" that suggested the country needs to switch to plan B measures.

Of the rise in cases on mainland Europe, he said: "We don’t yet know the extent to which this new wave will wash up on our shores, but history shows we cannot afford to be complacent."

Plan B measures should, in theory, help bring cases in down, which are expected to go up in the winter as it is darker and colder. This means people tend to spend more time with each other indoors, rather than out and about, which would increase chances of the virus spreading.

Under the measures, masks would become compulsory in indoor public spaces (shops and public transport), and mandatory vaccine passports would be introduced in England for nightclubs and indoor settings with 500 or more people.

Currently, the government seem confident that the rollout of the booster jab will help combat any surge in cases and prevent plan B measures.

Previous : Andre Johnson, DeMarcus Ware among 26 semifinalists for Pro Football Hall of Fame’s Class of 2022
Next : Woman who dresses as real-life Victorian is mistaken for a princess by strangers