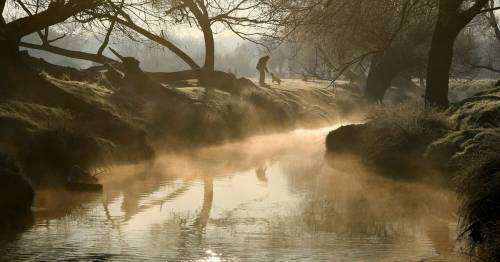 Will it snow tomorrow? Met Office predictions and weekend weather forecast for UK

Britain has been embraced by a cold front this week with temperatures hanging in single figures as the question of snow hangs on the horizon.

Along with the cold temperatures, the country has experienced plenty of sunshine and a few patches of dense fog and frost in the mornings.

Looking ahead to next week, another cold snap is due to sweep across the country, with colder air sweeping in from the north.

Temperatures will tumble then as the weather takes a wintry turn after the weekend.

But on this side of it, the country shouldn’t expect any snow.

Despite temperatures plummeting as low as -5C in central England and Wales, no snow will fall over the weekend.

Temperatures could plummet as low as -5C over the weekend
(

Widespread frost is expected across the south and some light rain in the far north of Scotland might fall, but it will be too mild to fall as snow.

Everywhere else will have dry, clear skies overnight and into Saturday.

Temperatures will remain cold, but over the weekend the weather will be cloudy with spells of sunny and bright weater throughout.

Whilst Sunday could see some strong winds across the north of Scotland with gusts of up to 40mph, the rest of the UK can expect settled conditions this weekend.

High pressure from the south will spread across the UK, leading to quiet conditions particularly across England and Wales.

Nights and early mornings will likely see frost and fog in patches.

The Met Office ’s forecast for tonight says frost is especially expected around central and eastern parts of the UK, with clouder and milder weather further north and west.

Into tomorrow, the organisation says the fog and low cloud will be slow to lift, but when it does parts could see brief bright spells, with showers in the west.

The Met Office's long range forecast for the end of the month into February states: "This period is likely to see a gradual transition to more unsettled conditions.

Even with sunny spells temperatures will remain cold in single figures
(

"Spells of strong winds are likely, mainly in the north.

"Temperatures likely to be slightly above average overall. Some colder interludes are still expected though, bringing a risk of occasional snow, most likely over northern hills."

Previous : We tried out the McDonald’s restaurant ranked ‘worst in the UK’ on TripAdvisor
Next : Pakistan to seek peace, economic connectivity under new security policy