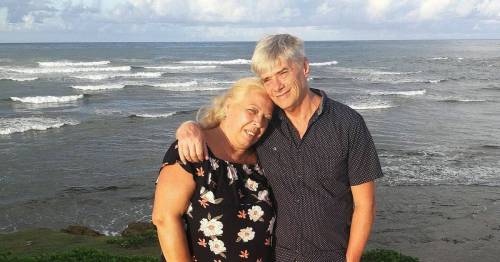 A widow is taking a holiday giant to court over the wrongful death of her husband.

Susan Fawcett, 60, is suing TUI for £560,000 after her husband, Roy Fawcett, 58, died during a snorkelling accident in the waters of Paradise Island, off the Dominican Republic.

Roy had joined a group of fellow snorkelers in the deeper waters whilst Susan remained in the shallows.

Moments later Roy was suddenly found "floating face down in the water and not moving" after not returning with his snorkelling group.

He was later pronounced dead and determined to have died from accidental drowning on a poorly monitored holiday excursion in an inquest on September 2018.

Now Mrs Fawcett suing TUI at the High Court in London for reasonability in the fatal accident of her husband.

Her lawyers argue Mr Fawcett was insufficiently prepared for his dive and wrongly left unsupervised.

The Club Hotel Rui Bachata in the Dominican Republic, where Sue Fawcett and her late husband Roy stayed during their ill-fated trip.
(

TUI insists they hold no blame for the misfortune and deny responsibility for organising the tour.

The London High Court heard Mr Fawcett's was due to jet back from their two-week holiday at the luxury Club Hotel Rui Bachata just two days before his death – which was booked through TUI.

The couple booked the tour to Paradise iSLAND which, Mrs Fawcett claims, they did on the clear understanding that it was provided by TUI.

Once there, Mrs Fawcett preferred to swim alone in shallow waters while her husband went off with a supervised group for a snorkelling lesson and swim in deeper water offshore.

But when the lesson finished 40 minutes later, Mr Fawcett did not return with the rest of the group.

Shockingly, Mr Fawcett was found floating face down in the water by a snorkelling supervisor.

Mrs Fawcett's barrister, Andrew Young, claims the supervisors took no action other than flagging down a colleague "who was at that time travelling from the excursion catamaran to the island shore and went to investigate".

Mr Fawcett was then shipped back to shore by supervising staff with the help of fellow snorkeller, Jamie Elkaleh, 29.

He was then transferred back to the mainland but Mrs Fawcett states the tour guides carelessly forgot to range an ambulance to meet them.

He was rushed to hospital in a pickup truck as his wife was given the news he was dead moments later.

Mr Elkaleh and another snorkeller, Aimee Allen, 29, are also suing TUI who watched Mr Fawcett's last moments and fought to save him as he slipped away.

The Club Hotel Rui Bachata in the Dominican Republic, where Sue Fawcett and her late husband Roy stayed during their ill-fated trip.
(

Court documents disclosed how Mr Elkaleh placed Mr Fawcett in the recovery position and freed his tongue after he was finally pulled onto the island beach.

Ms Allen, a nurse, then told helpers to move the dying man because "incoming waves were still covering his face."

Both were left mentally traumatised by the fatal event, with Ms Allen suffering an "acute distress disorder" and Mr Elkaleh experiencing PTSD and depression.

Mr Young stated: "She witnessed at very close hand her husband's body being brought back to the island shore and the incompetent efforts made to rescue and resuscitate him," he said.

"On arrival at the hospital, she was separated from him for a short time and was then told that he had died."

The case reached court this week in a preliminary hearing to decide what expert evidence will be needed at the trial.

TUI says the snorkelling trip was not part of the all-inclusive package they produced for the couple and therefore not the travel company's legal responsibility.

A date has not yet been set for the full trial of the damages claims.

Previous : All we know about missing Bobbi-Anne McLeod, 18, amid ‘snatched by stranger’ theory
Next : Turkey’s BDDK said it will assess measures according to sector needs – source