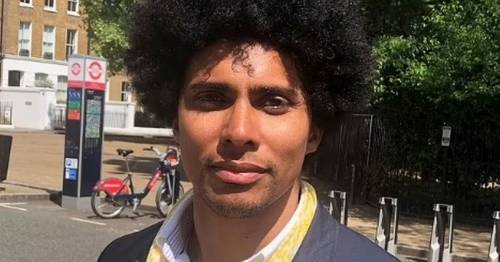 The husband of a woman who died suddenly while pregnant with twins has won a landmark case to use an embryo made with his late wife for a surrogate baby.

Ted Jennings, 38, and his late wife, Fern-Marie Choya, who died aged 40 in 2019 after her womb ruptured while she was 18 weeks pregnant with twin girls, had undergone a number of IVF cycles since 2013.

Mr Jennings, of Highbury, north London, wants to use the couple's one remaining embryo, which was created using his sperm and his wife's eggs in 2018 and is in storage at a private fertility clinic in London, to use "in treatment with a surrogate mother".

The investment manager asked a judge at the High Court in London for a declaration that it would be lawful for him to do so, as Ms Choya had not given consent in writing for that before her death.

His application was opposed by the Human Fertilisation and Embryology Authority (HFEA), which argued it would be unlawful for the embryo to be used in that way because of the lack of written consent from Ms Choya.

But, in a ruling on Wednesday, Mrs Justice Theis said she was "satisfied" that Ms Choya did consent to use of the embryo in the event of her death.

Fern-Marie Choya, who died aged 40 in 2019 after her womb ruptured while she was 18 weeks pregnant with twin girls
(

The judge also concluded that Ms Choya had not been given sufficient opportunity to give the consent in writing because a form completed during the IVF process was "far from clear" in prompts about what a woman should do to provide consent to posthumous use of an embryo by her partner.

She said the HFEA "may want to consider" whether the form should be reviewed in light of her judgment.

She said: "Turning to the issue of Ms Choya's consent, I am satisfied that, in the circumstances of this case, the court can infer from all the available evidence that Ms Choya would have consented to Mr

Jennings being able to use their partner-created embryo in treatment with a surrogate in the event of her death.

"This is being considered in the context where, in my judgment, she had not been given relevant information and/or a sufficient opportunity to discuss it with the clinic."

The judge said that the interference with Mr Jennings' right to respect for the decision to become a parent were she not to grant the declaration he sought "would be significant, final and lifelong".

In a ruling at the High Court, Mrs Justice Theis said she was "satisfied" that Ms Choya did consent to use of the embryo in the event of her death
(

She added: "There are no weighty countervailing factors to justify the significant interference, there is no conflict of individuals' rights and permitting the application would not undermine a fundamental objective of the statutory scheme, namely the requirement for consent."

The judge also said Mr Jennings' case would not "open any floodgates" and that she could "dispense with the requirement for written and signed consent in this limited situation where a person has been denied a fair and reasonable opportunity in their lifetime to provide consent for the posthumous use of their embryos and there is evidence that the court concludes that if that opportunity had been given, that consent by that person would have been provided in writing".

The judge considered Mr Jennings' application at a hearing in London in May.

She said in her ruling that Mr Jennings and Ms Choya, who moved to the UK from Trinidad, met in 2007 and married in 2009.

They wanted a family and, after struggling to conceive naturally, underwent three cycles of IVF treatment in 2013 and 2014 without success.

Ms Choya conceived naturally in 2015 and 2016 but both pregnancies ended in miscarriage due to ectopic pregnancies.

The couple then underwent further IVF cycles in 2017 and 2018 and re-mortgaged their home in order to afford private treatment, with Ms Choya becoming pregnant with twin girls in November 2018.

The judge said Ms Choya, an accountant, died "tragically and without warning" in February 2019, just 18 weeks into her pregnancy, after developing complications and suffering a uterine rupture.

In a witness statement before the judge, Mr Jennings said he did not recall either him or his wife having any "negative emotions towards parenthood in the event of using a surrogate, donated embryos or adopting a child".

He added: "Our emotional journey was going from the helplessness of the infertility compounded by the feeling of unjustness given all the other medical issues already faced.

"We eventually got to the position of accepting that having given IVF our best shot, this would be the last time and the final embryo would be saved for surrogacy."

He also said that he and his wife discussed what should happen in the event that either he or she died, or there was a risk of either her or the twins dying, and she was "adamant" that the girls should be saved if there had to be a choice between her and them.

The judge also considered evidence from Ms Choya's family, whom she described as speaking "with one voice" about what she would have wanted.

This included evidence from one of her four sisters who said she "wholeheartedly" believes Ms Choya would want Mr Jennings to use the frozen embryo in treatment with a surrogate.