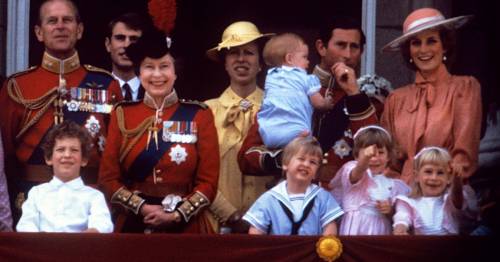 The Queen is a woman of many names, titles and styles.

While she is just Queen Elizabeth II – or Her Majesty – to many of us in the UK, she is known as ‘Mother of all People’ by the Salish nation in Canada, ‘Paramount Chief’ to many in Fiji, and ‘The White Heron’ by the Maori people of New Zealand.

The Queen's full and official title is: Elizabeth II, by the Grace of God, of the United Kingdom of Great Britain and Northern Ireland and of her other realms and territories Queen, Head of the Commonwealth, Defender of the Faith.

But when it comes to the Royal Family's private family life behind palace walls, there are a whole host of sweet nicknames that they use for one another.

The Queen, for example, has a handful of nicknames which are used by her nearest and dearest, from 'cabbage' to 'sausage' to 'Gan Gan' and even 'Lilibet' – but there is one pet name that tops all of these.

For most people, custom dictates that when you greet the Queen you first call her ‘Your Majesty’, before using the term ma’am- pronounced to rhyme with ‘ham’, rather than ‘farm’.

While her close relatives still bow, curtsey and show respect to the Queen, Prince William came up with a rather hilarious way to call his grandmother over.

According to Daily Mail, while a young William was playing at Buckingham Palace, he took a little trip and called out for help.

But instead of shouting for ‘Granny’, he called for ‘Gary’- much to the confusion of everyone present.

The column reports: “A guest who went to help asked who Gary was, assuming it must be a member of the royal household. ‘I’m Gary,’ responded the Queen. "'He hasn’t learned to say Granny yet'."

Prince William called out for 'Gary'
(

Prince William has also had numerous nicknames over the years that have been given to him by everyone from Princess Diana to The Duchess of Cambridge.

In 1983, 10-month-old Prince William joined his parents on his first royal tour to Australia. While he was there it was revealed that his mother has started calling him 'Wombat'.

In an NBC interview in 2007, William admitted to being stuck with the name, “I can’t get rid of it now,” he said.

“It began when I was two. I’ve been rightfully told because I can’t remember back that far, but when we went to Australia with our parents, and the wombat, you know, that’s the local animal, so I just basically got called that, not because I look like a wombat, or maybe I do.”

The Duchess also has a few nicknames for her husband
(

According to The Sun, The Duchess of Cambridge used to use two hilarious nicknames for her husband, which were reported to be "baldy" and “big willy". Prince William is also said to have used the terms "babykins" and "DoD", which stands for "Duchess of Dolittle".

More recently, The Duke and Duchess of Cambridge have been heard using more conservative pet names for one another. At The Chelsea Flower Show in 2016, the royal couple were heard calling each other “babe” and “darling".

Landscape gardener Charlie Albone told Grazia U.K. that when Prince William asked his wife about a plant she replied: “Babe, we’ve got those. We’ve got loads of those.”

Another one of the designers at the show revealed to Hello! that the prince stopped to look at poppies and asked Catherine: “Could you make one of these, darling?’”