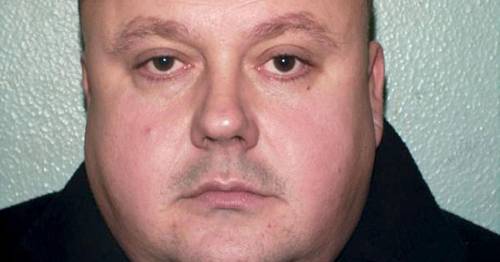 Who is Levi Bellfield and what did he do? Victims, sick crimes and how he got caught

Killer Levi Bellfield is engaged and has applied to marry in prison, it has been revealed.

The Ministry of Justice (MOJ) said: "An application has been received and is being considered in the usual way."

Minister for Prisons Victoria Atkins confirmed she had ordered a review into Bellfield's request.

She told Sky News: "I just want to reassure people, I understand an application has been made that has not been decided yet and he most certainly has not yet married, but, if I may, he’s currently got the right under Article 12 of the Human Rights Act to get married … or they have the right to have the application to be considered by prison governors."

It has been reported that Bellfield is engaged to a "blonde" visitor and the two started corresponding when he wrote to her two years ago.

The murderer of schoolgirl Milly Dowler is one of the UK's most infamous serial killers, and is father to 11 children with five different women.

Who is Levi Bellfield?

Levi Bellfield is a serial killer currently serving two whole-life sentences for the murder of three people and is jailed in HMP Frankland in County Durham.

The MOJ confirmed that Bellfield, 53, had made the application, which is now up for review and needs to be granted by the governor of the prison in which he is held.

The prospect of his marriage has been described as an 'insult' to the families of his victims.

David Spencer, director of the Centre for Crime Prevention, said: "This marriage is an insult to the families of Bellfield’s many victims.

"Given the magnitude and nature of his brutal crimes, it will turn many taxpayers’ stomachs to think that their money is being used to fund such a grotesque union."

What did Levi Bellfield do?

Milly Dowler's family did not get justice until some years later
(

Amélie Delagrange was a French student visiting the UK. She was only 22
(

Levi Bellfield is the serial killer known for the deaths of Marsha McDonnell, Amelie Delagrange and Milly Dowler.

Milly was kidnapped and murdered in March 2002 aged 13. She was walking home when she was abducted, and when she failed to return home, her frantic family reported her missing. Her body was found six months later

The serial killer was already in prison for the murders of Marsha and Amelie. Marsha was beaten to death close to her home in February 2003, before Bellfield struck again in August 2004, killing 22-year-old French student Amelie on Twickenham Green.

He also attempted to murder Kate Sheedy by running her over in May 2004, leaving the 18-year-old with horrific injuries including a collapsed lung.

The hunt for Bellfield proved tricky, but detectives discovered a white van near the scene where Amelie was murdered. A white van had also been seen in Walton-on-Thames, where Milly went missing.

DCI Colin Sutton said: "I would pursue this van with everything I could throw at it.

"We worked every hour for weeks. The van was identified as a Ford Courier, manufactured between 1996 and 2000. There were 25,000 in the UK and I wanted to look at every single one."

Bellfield's ex-girlfriend Johanna Collings then came forward with information, saying she thought he could be responsible. The mother of three of his children, Emma Mills, also said he had acted strange the night Milly was killed.

The ex-nightclub bouncer was eventually charged with the murders of Amelie and Marsha, as well as the attempted murders of Kate and another woman, Irma Dragoshi.

The jury was unable to reach a verdict on Dragoshi, as well as the false imprisonment of another woman, Anna-Maria Rennie, but found him guilty of the other charges.

He was finally convicted of Milly's murder in 2011 but didn't admit to abducting, raping and killing her until 2016.

Previous : Inside mental health campaign changing lives for footballers with autism and disabilities
Next : Mum misses out on £3.6m EuroMillions jackpot by changing numbers for one week