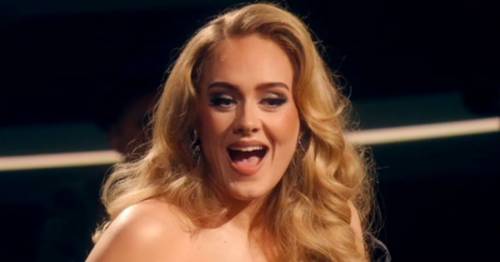 Where did Adele go to school and what did she study at BRIT school?

Audiences were wowed by An Audience with Adele on ITV.

The singer showed off her biggest hits and numbers from her new album, ' 30 ', to a packed crowd at the London Palladium.

The audience was filled with a huge range of well-known celebrities such as Bryan Cranston, Emma Watson, Stormzy, Gareth Southgate and many more.

Also part of the show was an emotional reunion with Adele's former teacher from her school.

A teary Adele was delighted to be reunited with her old teacher, English teacher Ms McDonald from Chestnut Grove School in Balham.

The new album features songs known to be about the singer's ex-husband Simon Konecki, from whom she divorced in 2018.

Songs explaining the divorce to her son Angelo also feature on the new album.

So where did Adele nurture the talent that has brought her so much success?

Where did Adele go to school?

The Brit School in Croydon, attended by Adele
(

The teacher was revealed on the show when Oscar-winning actress Emma Thompson prompted a question about the singer's early influences.

Emma asked: "My question is, when you were younger, was there someone who, kind of supported you and inspired you, or, you know protected you from all the trials and tribulations of life and inspired you to go on?"

"Yeah I had a teacher at Chestnut Grove who taught me English," Adele replied. "That was Miss McDonald. She left when I was in year eight. It was just one year, but she got me really into literature. I've always been obsessed with English and obviously now I write lyrics."

She continued: "She was so bloody cool. So engaging, she really made us care and we knew she cared about us."

The 'bloody cool' Ms McDonald then began walking towards a visibly moved Adele and the two embraced.

What did Adele study and how did she get into music?

After her time in Balham, Adele then moved on to the prestigious BRIT school in Croydon. Its famous alumni include the likes of Amy Winehouse, Tom Holland, Leona Lewis and Loyle Carner, among many others.

Her talent for singing and writing was discovered from an early age and it is reported she first fell in love with the voices of Etta James and Ella Fitzgerald after buying their records as a teenager.

She began working on her first demo at the BRIT school, having already learned the saxophone and, briefly, the flute, before she was given a guitar by her father.

How did Adele become famous?

Adele early in her career

The demo Adele has worked on at school were three songs in total. They were posted on then-popular social media site MySpace and they became well-liked.

She graduated in 2006 and signed a deal with XL Recordings the same year. Her debut album, '19', was released two years later and went to number one in the UK, containing tracks like 'Chasing Pavements', 'Hometown Glory' and a cover of Bob Dylan's 'Make You Feel My Love'.

Every one of Adele's albums has gone to number one in the UK and was reported – before the release of her most recent album – to have sold over 120 millions around the world.