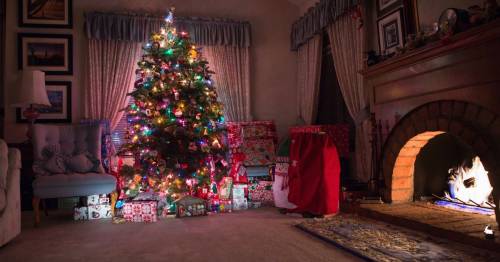 When should you put your Christmas tree up? Exact date according to tradition

There's talk of snow and Tesco has released the Turkey and Trimmings sandwich. It can only mean one thing: The annual debate about when to put the Christmas tree up is in full swing with the nation divided for another year.

The Christmas tree is always the jewel in the crown of a home's decorations and so deciding when to put it up is a big deal. Thankfully, following a study by electrics firm ERF, some answers have started to emerge about when exactly really is best.

After the challenging months gone by, and with many families relishing the prospect of being able to spend Christmas together again after a year apart, the phrase that the holidays get earlier every year may never have been so welcome.

What date should you put your Christmas tree up?

The jewel in decoration crown
(

The study found found that the most commonly agreed date to put the tree up is 27 sleeps before the big day. Also known as November 28th. This date fits in nicely with advent on the fourth Sunday before Christmas day.

On average, younger people are thought to enjoy putting their decorations up earlier than older people, with under 35s putting them up up to 29 days before, compared to over 35s who opt for 25 days.

It appears that some parts of the country are more keen for Christmas than others: according to ERF, people in Swansea are thought on average to put their tree and decorations up a whopping 49 days before Christmas. Meanwhile, in Scotland a fully decorated Christmas tree was spotted in September.

Is it bad luck to put your Christmas tree up early?

There's no prize for the biggest, so don't feel you need to rival London's Covent Garden tree
(

When will you be putting your Christmas tree up? Let us know in the comments below.

While dwindling in numbers, some people still believe it is bad luck to put your tree up any earlier than 12 days before the big day, or to leave it up any longer than 12 days afterwards. However times have moved on, and the data shows that people want to get their festive spirit on fear earlier.

According to Roman Catholic tradition, your tree shouldn't go up any earlier than the afternoon before Christmas day – but even before the year we've just had that was a fading tradition.

When should you buy your Christmas tree?

Remember that with a living tree its lifespan may be limited, and so for the best hope of it making it to New Year's Day you shouldn't buy it earlier than the last weekend of November.

Generally it makes the most sense to buy your tree on the day you put it up. This will stop it from ageing and drying out prematurely before you've had the opportunity to enjoy it.

Flowercard chief Liam Lapping said: “If you take your Christmas tree down straight after New Years Eve then you should buy your tree on the 28th November.

“However, if you take your Christmas tree down on the Twelfth Night then you should buy your tree on the 2nd December."