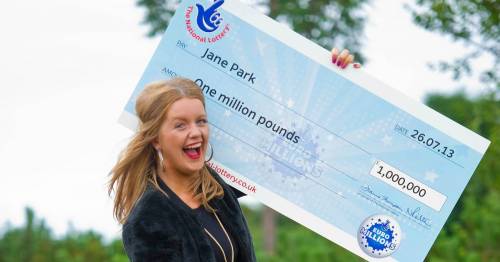 When is the next EuroMillions draw? Record rollover jackpot still up for grabs

The record-breaking EuroMillions jackpot of £184 million rolled over last night after no one claimed the mammoth prize.

As a result, the huge sum that will make a single lucky winner wealthier than the likes of Tyson Fury or Adele, is still up for grabs.

The massive Euromillions draw on Tuesday was so popular with the public, it caused the lottery website and app to slow to a snail's pace as people rushed to grab last minute tickets.

As the money rolls over – even more Brits will run to join the many hopefuls before the next draw is announced.

However unlike other rollovers, the total value of the pot is now at its maximum level of £184million and sadly won't grow any bigger.

The previous biggest Euromillions jackpot of £170 million was scooped by an anonymous player in 2019.

When is the next draw for the £184 million jackpot?

The next chance to win the ultimate prize will be on Friday 15 October at 7:45 pm. The last chance to buy a ticket will be at 7:30pm that day.

It has been reported that a rush in the closing moments before Tuesday's deadline caused the National Lottery website to experience technical issues which caused some people to miss out on their chance to win. Because of this it is recommended you get your tickets in early to avoid disappointment.

Speaking about the issue, the National Lottery said: "Sorry if you were unable to buy a ticket for tonight’s EuroMillions draw.

"This is the biggest ever EuroMillions jackpot, and there was a huge influx of players trying to buy a ticket before the cut-off time, and this caused the website and app to run slower than normal."

If you do decide to throw your hat into the ring this time around, the National Lottery suggest you download their app, as this will notify winners immediately.

As well as paying for the prize money, the EuroMillions pot goes to a series of good causes. To date, over £43 billion of National Lottery money has gone towards charities – and who doesn't enjoy having fun for a good cause?

Could you be the lucky EuroMillions winner?
(

To win the prize you need to correctly pick five main numbers and two lucky stars. As reported in the Mirror yesterday, the chances of pulling this off is one in 139,838,160.

If, after the fifth draw, there is no winner the prize will be split amongst other top tickets – there are four draws remaining.

Previous : Thierry Henry takes swipe at Tottenham in frank assessment of Mikel Arteta’s Arsenal
Next : Homeless man in tears at woman’s ‘kind’ gift after ‘McDonald’s worker pours Coke on him’