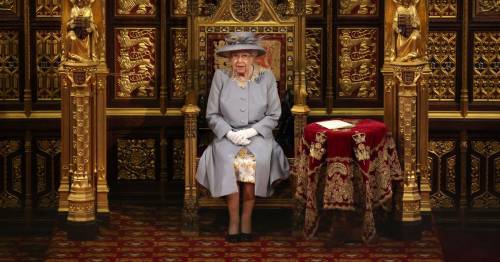 The Queen’s Speech will allow Boris Johnson’s government to set out what laws it wants to pass, as well as presenting the chance to ditch plans which could change lives.

The 96-year-old monarch is planning to deliver the speech in person despite recent health concerns, a Buckingham Palace spokesman previously reported.

Just in case her majesty is unable to take part in the state opening of Parliament, Prince Charles is ready to take over with a final decision to be made on the day.

Two hours after the speech is delivered by either royal on Tuesday, MPs will debate its contents.

What will be in it

What should be in it

The Prime Minister has also promised to deliver a "super seven" of Brexit Bills which will cut red tape and "unnecessary barriers inherited from the EU".

He told the Sunday Express: "I call them the super seven – and they will benefit families and businesses across the land by changing old EU rules that don't work for the UK.

The PM has promised a number of Brexit Bills
(

"From data reform to gene-editing to financial services, these Bills will allow us to thrive as a modern, dynamic and independent country, and this government is getting on with the job of delivering them."

It has already been reported another crucial move to be announced during the Queen’s Speech is a revamp of Britain’s town centres.

New laws will mean greater local authority powers to force landlords to rent boarded up shops empty for more than year so new businesses or homeseekers can occupy them.

The monarch is set to miss royal garden parties this year
(

One in seven shops on Britain’s high streets are now empty rising to one in five in the north east.

PM Boris Johnson said: “We are putting that right by placing power back in the hands of local leaders and the community so our towns can be rejuvenated.”

It comes as it was revealed The Queen will miss the royal garden party season that is due to start next week, Buckingham Palace has announced.

Every summer, up to three garden parties take place at the Palace and at the Palace of Holyroodhouse in Edinburgh – although they have not been held for the past two years due to the pandemic.

The parties will be returning this summer, but the 96-year-old Queen would not be attending any.

Instead other members of the royal family will take her place at the events.

A spokesman said: “Her Majesty the Queen will be represented by other members of the royal family at this year’s garden parties, with details on attendance to be confirmed in due course.”