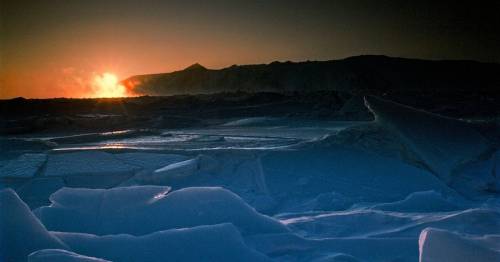 What is COP26 and how are the UK government going to tackle climate change?

As climate change becomes an ever-present threat and we see the affects accelerating around us on a global scale, countries will soon come together for the COP26 summit to address plans to tackle the climate crisis.

The event, which is organised by the United Nations, is due to take place in Glasgow a year later than planned —between 1 – 12th November 2021.

Prime Minister Boris Johnson previously pledged that 2020 would be the "defining year of climate action" when he joined Sir David Attenborough to launch the conference.

However plans for the 2020 summit were put on hold due to the pandemic, and the 26th conference is now going ahead a year later than expected.

As the conference draws closer, we explore how the UK plans to tackle climate change as it hosts the COP26 summit.

COP stands for Conference of the Parties and is an umbrella term for any country that joined the United Nations Framework Convention on Climate Change (UNFCCC) — a treaty signed in 1994.

The last conference, which was held in Madrid in 2019, saw teen campaigner Greta Thunberg give an impassioned speech condemning the political attendees for their lack of action towards the prevention of global warming.

The COP meeting in Madrid finished with lots of big issues unresolved, but an agreement was made about cutting carbon dioxide.

Each nation agreed to devise a plan to cut their carbon emissions by the next conference in Glasgow.

What is the UK doing about climate change?

The small steps to reducing climate change are relatively simple and obvious on a personal level — travel less and adjust your diet — but a great deal of the affective solutions lie with government and policy.

The UK was the first country in the world to create a legally binding commitment to cut greenhouse gas emissions and we are on track to reach 'net zero' carbon emissions by 2050… but is this enough?

Despite being a tiny cluster of islands, the UK has been one of the largest contributors to global warming over time, following the industrial revolution in the 18th and 19th Century.

The UK government say they are comitted to reducing carbon emissions
(

A recent Oxfam study found that the richest one percent of the world’s population were responsible for more than twice as much carbon pollution as the world’s poorest 3.1 billion people.

Recently, the UK government have made commitments to reduce state funding of fossil fuel projects abroad.

However the UK are cutting the aid they send to the UN to help fund climate change.

In addition to this, companies from the UK’s finance industry continue to fund fossil fuel projects.

By funding polluting projects all over the world, the UK’s finance industry creates 1.8 times more emissions than the whole of the UK.

Do COP events make a difference?

Despite COP25 being the longest summit on record — finishing two days later than planned — young activists were left frustrated at the apparent lack of action, with many taking to the streets of Madrid in protest.

It was hoped that the conference would show world leaders how much needed to be done, however countries were left undecided on how to tackle areas like offsetting carbon. This problem will be discussed again at this year's summit — 2 years later.

The UN Secretary General, Antonio Guterres, said he felt "disappointed" by how little was actually achieved at COP25.

Campaigners will be waiting to see what promises world leaders have made and kept since the last summit, when they meet in Glasgow in November.

Previous : Grandad died of bleeding caused by broken nose after ‘being punched by teenager’
Next : Pope calls out prejudice as he meets Roma in Slovakia