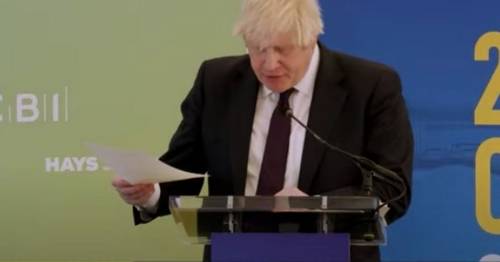 What does the NHS social care bill mean for you – and when will it be decided?

Boris Johnson managed to squeeze his care cap amendment to the Health and Care Bill through the Commons this week, despite a significant rebellion from Tory backbenchers.

The aim of the new cap, which would come into effect in October 2023, would mean no one in the country would pay more than £86,000 towards their own care costs with an aim of helping parents pass on more money to their children.

The amendment, which was won by a narrow 272 to 246, would see means-tested council support payments excluded from counting towards the £86,000 lifetime cap if it were to successfully pass through parliament.

In other words, contributions towards the £86,000 would only be calculated including the money that the person had paid for themselves, rather than the total cost of their care.

What are the new proposed changes to the social care cap?

Boris Johnson loses his place for ages in key CBI speech, where he talked about care
(

The cap would cover care expenses for things such as washing and dressing, but would not help with living costs like food, utility bills or care home fees.

The cap requires users have to contribute a lifetime total of £86,000 of their own money to their care before the government steps in.

Under the plans, living cost like food, housing and bills wouldn't count towards each person's journey toward reaching the cap.

The amendment would also see a higher upper limit for people receiving the means-tested local-authority support. If passed, the bill would see a raise in the upper limit for total assets people can have and still qualify for the extra help.

People owning up to £100,000 in assets would qualify for means-tested local authority support.

Local authorities would meet the costs beyond the cap, with would reportedly be funded by a new health and social care tax.

What would the social care cap changes mean for you and your family?

Those with assets of £20,000 and below would not have to pay anything towards their own care costs.

Meanwhile, those with assets between £20,000 and £100,000 would be able to benefit from the local authority means-tested help, a significant increase on the current £23,250. However, they would still need to contribute £86,000 of their own money before they reach the cap.

People with more than £100,000 in assets would not be entitled to any means-tested help, and would have to reach the cap themselves.

This could mean that poorer people on means-tested help could end up paying as much as richer people if care goes on long enough.

The most significant criticism is that money from councils won't count towards reaching the cap, meaning people would need to dig deeply into their own pockets before benefiting from it.

The government has claimed the amendment follows the ideas that Economist Sir Andrew Dilnot produced 10 years ago, however critics have said this is in name only, with the scheme excluding key aspects of his ideas.

However, Dilnot himself wrote in the Daily Mail that the "less well-off will not gain any benefit from the cap".

Speaking on the Andrew Marr show, money expert Martin Lewis said: "Everyone had assumed they were going to follow Andrew Dilnot’s proposals because that was the language they talked about.

“Within the Dilnot proposals, there are two protections for people on social care. One is a cap: £86,000. You won’t have to pay more money than that.

It could impact vulnerable families and pensioners
(

“The other is the means test where the state will fund some of your social care and in his proposals the two interacted. What’s happened is that the government said they’re not going to interact.

“So effectively what that means is it was thought that if you got means-tested support and the state paid for some of your social care, that would go towards your price cap along with any private funds you put in.

When will the changes to the social care cap be made, if passed?

The cap has been passed through the house of Commons, and now will need to be discussed by the Lords before it can made into legislation.

The timeline of the bill will be determined by whether the Lords reject it or pass it, with it having passed through the commons on Monday.

Previous : Q+A What is the risk of a war between Russia and Ukraine?
Next : Man in wheelchair stabbed in ‘cowardly’ attack as police release CCTV image