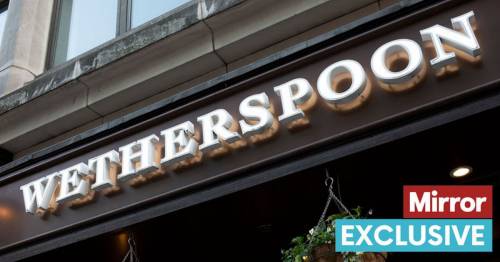 Wetherspoons is laying on a booze bus for an 11-hour pub crawl.

Drinkers can join in the August 10 coach trip for £22 – including breakfast and lunch.

It will stop at seven of the chain’s pubs during the session, which starts at Southport, Merseyside, and takes in Preston, Lytham St Annes, Blackpool, Cleveleys, Poulton and Leyland.

Local Campaign for Real Ale chief Doug McAdam said: “This gives lonely drinkers a chance to make friends. A lot of elderly people are isolated and crawls like this offer some companionship. It’s not a free-for-all where people will be vomiting on the back seat.”

An ad for the Wetherspoons beer bus trip

And National Obesity Forum’s Tam Fry said: “If Wetherspoon was serious about the health of its customers, it would call this off.”

A Wetherspoon spokesman said: “It is a fun way for Wetherspoon fans to visit a number of the company’s pubs without having to drive themselves.”

Previous : Marco Pierre White drops ‘threat’ to dock staff wages for restaurant walkouts
Next : Red Arrows to display with 7 aircraft not 9 – but where can you see them this summer?