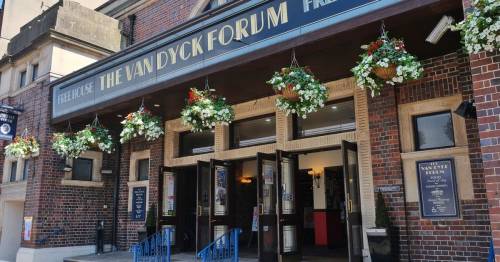 A customer has said he is "outraged" at the way Wetherspoon has installed cameras in the toilets of one of its Bristol pubs which he claims is a "gross invasion of privacy".

The man said that he was "shocked" along with other customers after seeing the CCTV cameras at the Van Dyck in Fishponds Road, reported BristolLive.

Wetherspoon has reportedly confirmed CCTV is in place in both the men's and women's toilets at the pub but said these cameras do not cover the cubicles or urinals and aim to promote customer and staff safety.

But a pub customer said he was not happy with the move and has contacted the chain to complain saying that the cameras look over the urinals.

The man told the outlet: "Myself and a number of other customers were shocked and outraged to find CCTV cameras above the urinals in the gents' toilets.

"We brought this to the attention of a member of staff, who said they would raise with the manager. I have also sent an email but no reply as yet. The camera is above one end of the urinals, which everyone I spoke to feels is a gross invasion of privacy."

The customer said that he thinks many people must now feel very uncomfortable when using the toilets.

Wetherspoon spokesman Eddie Gershon reportedly said: ”CCTV is in place in both the men's and ladies' toilets at the Van Dyck, Bristol. The cameras do not cover the cubicles.

"The cameras in the men's toilet were designed so they did not capture images of the urinals. The decision to install the cameras was taken to promote customer and staff safety.

"It augments the existing CCTV system in the rest of the pub which is in place for the same reason. Signage alerting customers to the cameras is in place in both sets of toilets.“

It is not the first JD Wetherspoon branch to receive complaints about cameras in the toilets – a Newcastle pub also faced similar criticism in 2020, as did a Reading pub in April 2022.

Previous : “Beba” Is an Intimate Self-Portrait and a Grand and Mighty Drama
Next : PCSO in uniform stabbed in ‘targeted attack’ with three teenagers arrested