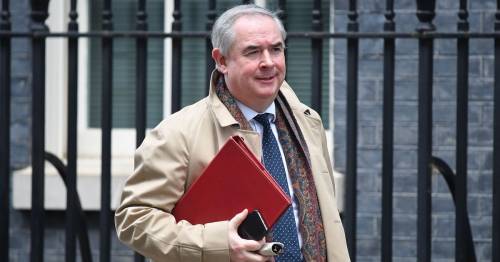 At last it seems that some politicians feel a tinge of regret for spending their time on other jobs to bring in extra money, rather than concentrating on their main one.

So Geoffrey Cox will make a heartfelt apology to the law firm that pays him over £1,000 an hour – for nipping off to do 20 minutes a year in his second job as an MP.

The MP Julian Smith will declare: “It has been a deep honour to earn £144,000 for a few hours work advising energy companies. I am deeply sorry that I neglected my duties to them, by popping off occasionally to earn extra cash by moonlighting as an MP.”

Some Tory MPs suggested it can be “really grim” to live on the MPs’ salary of £82,000. This is why they’re forced into taking second jobs.

So I’m sure they’d approve of a change in the law, so anyone earning £82,000 or less would be allowed to work somewhere else while still being paid for the first job that they don’t turn up to.

If you work in Morrisons, you’ll be allowed to spend all week advising an investment bank, then nip to the checkout for 20 minutes a month to charge someone for three tins of baked beans.

Then you can put in for a few thousand pounds’ worth of expenses, for essential items such as a flamingo cleaner and a submarine.

Tory MP Andrew Rosindell insisted we should be “cautious” before criticising MPs who can’t live on £82,000 as we shouldn’t expect them to change their lifestyle and remember that they’re human beings.

He was just as sensitive when he supported cutting Universal Credit, saying claimants often “didn’t need the money, they just like the extra £20”. It’s touching how he wants to also protect the lifestyle of people with no money.

If they clean offices all day for £8 an hour, then take their kids to a foodbank, an extra £20 would disrupt that lifestyle.

So Andrew goes out of his way to safeguard it, because he cares.

There have been suggestions that working mothers who need more money should take on second jobs.

They could grab a colander and stand at the end of a sewage pipe catching the turds before they float into the sea.

Or they could charge £30 a day to be a bouncy castle for Jacob Rees-Mogg’s children at a birthday party. Environment Secretary George Eustice actually said that working mothers who are struggling for money, could “work in abattoirs” for extra cash.

This is the trouble with struggling working mothers – too few of them are prepared to make ends meet by strangling a pig.

This would also solve the problem of lazy pigs who live off handouts of swill, rather than get off their trotters and do an honest day’s work like Peppa Pig and Miss Piggy and Pinky and Perky.

So we should be grateful that our hard-working MPs do at least give up 20 minutes a year of their time, to go into Parliament, and vote to ensure the poor stay happy by being even poorer.

Previous : Meghan Markle could be stopped from being President by rule made for Napoleon’s brother
Next : UK demands hard evidence Chinese tennis star is safe and ‘considers Olympic boycott’