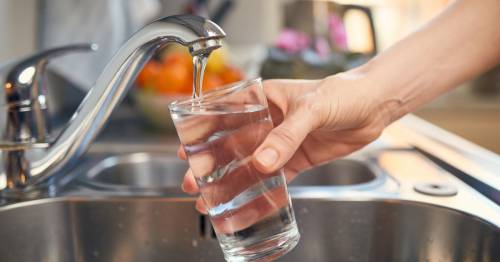 Water giants in England and Wales have been fined millions of pounds after missing targets on customer service and renewable energy.

Thames Water, the supplier to London and the Thames Valley, will have to pay £53million into a redress fund, regulator Ofwat said, while South West Water will repay £15million.

Southern Water, which runs services from Kent to Hampshire, will pay £46million in total.

The supplier was also fined a record £90million in July for deliberately dumping billions of litres of raw sewage into the sea – amounting to 6,971 illegal spills.

Water companies hold a monopoly in the areas they operate – meaning customers have very few options if the service they receive is poor.

Water firms have performance targets for things like improvement works – and if they fail to hit them, they get fined
(

As a result, Ofwat has a performance system in place, which means water suppliers – who are all privately owned – must reach their targets or face a penalty.

For instance, Thames Water was penalised for failing to stop sewers from flooding, for missing customer service targets, and for failing to generate enough renewable energy.

Thames Water is owned by a series of investment funds, as Abu Dhabi’s sovereign wealth fund.

The repayments will not be delivered directly to customers but rather will affect the amount that companies can charge during the 2022-23 financial year.

Ofwat said it had decided to defer incentive bonuses that would have added £44million and £323,000 to the bills of customers of Severn Trent Water and Portsmouth Water respectively.

Compensation you may not know about

While the money won't go back into the public's pockets, you may be entitled to compensation automatically if your water supply is interrupted.

Some compensation is paid to you automatically, meaning you’ll either receive a payment directly or a credit on your water bill – but in the majority of cases, this will only be paid if it's requested.

If your supplier misses an appointment to fix any interruption, you’ll be entitled to £20 within 10 days of the missed appointment.

If this isn’t paid on time you can claim an extra £10. This is also the case if your appointment is cancelled with less than 24 hours notice.

You may also get compensation regardless of whether the interruption to your water was planned or unplanned.

Have you been left out of pocket by a utilities company? Get in touch: mirror.money.saving@mirror.co.uk

For planned interruptions of more than four hours for, for example, known repairs, you must be told that your water supply will be interrupted at least 48 hours beforehand – if this doesn’t happen, you’ll typically be entitled to £20.

You’re also likely to get £20 if the supply isn’t restored by the time specified.

If your water gets cut off in an emergency situation your water company has to fix it within 12 hours of knowing about it (a strategic mains pipe burst can take up to 48 hours though).

If it doesn’t, you should get £20 for the first 24 hours of your supply being interrupted, and another £20 for each 24-hour period after that.

In all these cases, if these payments aren’t made to you within 20 working days, you should be entitled to another £20. That all adds up nicely.

Previous : Couple ‘so grateful’ for stranger’s act of kindness for upset kids after Liverpool match
Next : Best savings accounts 2021-2022 to earn the most on your money this year