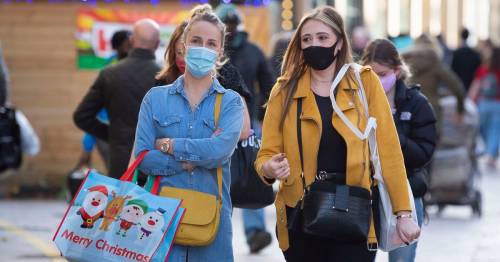 Spenders have been warned to "think twice" before buying gift cards this Christmas after almost one in 10 received a voucher over the last year for a retailer that has gone bust.

Which? surveyed 2,000 consumers to find 7% had received a gift card for a retailer that had gone bust since March 2020.

Almost two-fifths of these consumers were unable to redeem the full balance of their voucher, with an average of £25 left unspent.

One in five of those with vouchers for bust retailers had a gift card for an Arcadia Group retailer.

But the fashion empire – formerly owned by Sir Philip Green – crashed into administration in Early December, leaving tens of thousands of customers with vouchers worth just 50% – if anything – of their purchase value.

Debenhams shoppers faced a similar crisis after the chain said customers had until December 20 to use gift cards following its bankruptcy. Those who had already bought them for Christmas were left spending it on themselves.

Which? warned that administrators may refuse gift cards at any point in a bid to save a troubled retailer.

The organisation also found that some retailers are better than others at stating when their gift cards expire.

More than half of those who received a gift card in the past year had an expiry date clearly stated while a quarter said the expiry date was not clear on their cards.

The most common reasons respondents gave for not spending a gift card were not getting around to using it and not finding anything they wanted to spend it on .

"While gift cards might seem like an easy gift for hard-to-please family or friends this Christmas, our research shows you could be left high and dry if the company goes bust.

Have you lost out on a gift card in the past year? Let us know in the comments below

If you receive a gift card for Christmas, make sure you check the expiry date
(

"If you receive a gift card for Christmas, make sure to carefully check the small print to find the expiry date and make sure you won't face any unexpected charges if you don't spend your voucher quickly."

The Gift Card and Voucher Association said: "Given the economic turmoil of the past year-and-a-half, it's understandable that consumers may be wary. However, gift cards remain the ideal choice for an ever-growing number of shoppers, with the gift card market being worth approximately £7billion as of the most recent industry valuation.

"Looking ahead, particularly at a time when supply shortages continue to be prevalent, gift cards and vouchers are also often the most convenient and safe option for shoppers looking to avoid disappointment this Christmas, while significantly cutting down on festive waste and unwanted gifts."

Here are your gift card rights if a chain goes into administration.

Previous : Sainsbury’s shopper ‘felt sick’ after ‘finding caterpillar in her sandwich’
Next : Hundreds of Purplebricks customers in limbo after law firm suffers major IT glitch