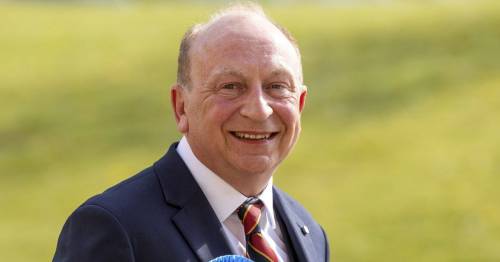 A vote of no confidence has been passed in relation to a police boss who said Sarah Everard should have 'resisted arrest'.

But despite calling his own comments "absolutely ridiculous" and "pathetic", Philip Allott, North Yorkshire police, fire and crime commissioner, told an online public meeting he would not step down from his £74,400 role.

He had been accused of victim blaming after he said in a radio interview that women should be more "streetwise" about powers of arrest and that Ms Everard, whose family live in York, should not have "submitted" to arrest by her killer Wayne Couzens, a serving police officer.

The panel had received 121 complaints and Mr Allott's office more than 800, the panel heard.

The Prime Minister was said to have been "outraged" by Mr Allott's comments.

Earlier, Mr Allott addressed the meeting from his office, saying he wanted to apologise "without reservation" for his comments during the BBC Radio York interview and said tensions had run high since then.
He said: "I gave a car crash of an answer, I accept that.

"As all of North Yorkshire knows, it was wrong, entirely misconceived (and) grossly insensitive."

He claimed the issue had been "amplified" by it continually being played back on BBC Look North, which "just rakes over a major mistake I made".

He said the answer did not reflect his views, or "more importantly his actions" in protecting women and girls from male violence.

Wayne Couzens, pictured, has been handed a life sentence after he falsely arrested, raped and strangled to death Sarah Everard
(

"It is not for women or girls to protect themselves, it's for men not to harass, intimidate, assault and murder women," he said.

"I would like to apologise for the impact of that answer to Sarah Everard's family and all the victims of violence."

The Conservative made the comments after it emerged serving Metropolitan Police officer Wayne Couzens had used his warrant card to falsely arrest Ms Everard for breaching coronavirus guidelines.

Evil Couzens used his knowledge of policing to rape, kidnap and strangle Sarah.

Marketing executive Sarah was subjected to a terrifying 80 mile journey after she was "arrested" by Couzens before he raped and murdered her.

Sarah Everard, pictured, went missing in March as she returned home from a friend's house in Clapham
(

Last week it was announced there will be an independent review into the Metropolitan Police's culture and standards in the wake of Sarah Everard's murder.

Baroness Casey of Blackstock will lead the review as Metropolitan Police Commissioner Dame Cressida Dick has faced calls to resign.

The force has also been accused of failing to spot Wayne Couzens as a risk to women, despite flashing allegations and reportedly being nicknamed 'The Rapist' by colleagues.

Last Thursday, ex-cop Couzens was given a whole-life term for the brutal kidnap, rape and murder of Sarah earlier this year.

Dame Cressida said she was "delighted" to announce Baroness Blackstock will be leading the review.

She told broadcasters: "She will be looking at our vetting, our recruitment, our leadership, our training and all manner of processes to see how they reinforce the best possible standards.

"She'll make a public report, and public recommendations, so that we can improve and make sure that the public has more confidence in us."

Previous : Pro-democracy protests flare up in Eswatini
Next : ‘Sunbed addict’ who competed with pals for darkest tan says husband saved her life