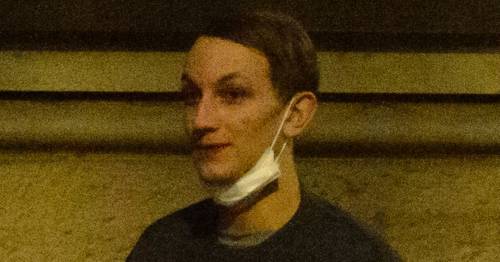 A man who fat-shamed, slapped and bullied his 16-year-old girlfriend has been spared jail after claiming he had developed depression whilst in prison for terrorising another former partner.

Possessive Callum Whittingham, then 20, slapped the teenage girl claiming “he couldn’t help it”, tried to distance her from her friends , beat her up and bullied her into sex and told her that her family did not love her anymore.

He would leave voicemails on the girl’s phone threatening her family, refused to let her leave his house on her own and on one occasion, put a hot spoon on her chest.

The victim later told police that her relationship with Whittingham had left her “panicking” and suffering nightmares and afraid to leave her own house.

Whittingham, now 21, from Stretford, who was being held on remand faced jail after he admitted two charges of coercive behaviour – but he was freed with 18 months jail suspended for two years.

Whittingham, then 20, slapped the teenage girl claiming “he couldn’t help it”
(

He told Minshull Street Crown Court, Manchester that a nine week stretch imposed upon him in August over another domestic incident upon another partner had a “negative effect on his depression”.

Sentencing him, Judge Maurice Greene told Whittingham that he had made his girlfriend’s life “miserable” but that it was “quite clear” that he himself had “considerable” trauma in his life.

The court heard that Whittingham and the girl had begun dating in March this year. In the beginning, the couple would talk on social media and went on dates.

“Initially things went well but she started noticing he didn't like her being with her friends,” said David Lees, prosecuting.

"He would assault her and he said he could not help it. He said her friends were not really her friends and he told her, her family did not love her and she began to believe that.

"He would threaten to harm himself if she declined to see him and he called her a 'slag' and would say that she was 'fat'. He would also say that he was with other women then accuse her of cheating.

"On one occasion, he chased her onto a tram and assaulted her because she laughed whilst they were on the phone.

“She did not feel she had an option to leave him as he made her feel so uncomfortable. He said: 'What have I told you about being on the phone' and then hit her.

”He bullied her into having sex with him until she agreed. He would leave voicemails and threaten her family.

“They split up and got back together in July and she went to stay at his house but the relationship went back to how they were.

Whittingham, now 21, from Stretford, was being held on remand faced jail after he admitted two charges of coercive behaviour
(

“He would not let her leave the house on her own. On one occasion, he put a hot spoon to her chest.

“He accepts he used violence but not on a daily basis. He accepts he would slap her but not kick her. He does not accept any threats to kill but accepts he did assault the victim but didn't use a weapon and that he did not drag her along the floor.”

The girl, who has since split up with Whittingham, later told police: "The way Callum has made me feel has really affected me. I have not left my own home for fear of me bumping into him.

"I have nightmares and wake up panicking. I now flinch when my new boyfriend moves and it has made me feel depressed. I am scared of Callum."

Whittingham was put in prison in August for making malicious communications against a former partner and criminal damage in a domestic relationship.

Defending, Adam Brown said: "He has a significant number of difficulties and found the custodial setting hard. Sending him back to custody would not achieve anything in my respectful submission. He cannot manage his emotions.

"He accepts the victim was only a young girl and he had made her life a misery. But custody has had a negative impact on his depression. There is a strong prospect of rehabilitation."

Judge Greene told Whittingham: "You made the victim's life miserable and fearful as she did not know what was going on at the time. You would slap her, call her names and stop her from seeing her friends.

"You said there was no one she could rely on other than you and you would threaten to harm yourself if she did not meet you. You followed her on a tram and struck her and assaulted her for laughing on the phone and she did not feel she could leave you.

"You would slap her and become jealous with anyone she sent a kiss on a text to. When you became agitated you would hit her in the face and there was constant fear of violence. You made her feel like she could not leave the house and she is fearful she may bump into you.

"She has a new boyfriend but she flinches when he moves. Your conduct was intended to cause fear and distress and it was persistent.

"Custody has had a considerable effect on you. In August 2021, you were sentenced to nine weeks in adult custody and that has had an effect on your mental health. There have been previous instances of self harm. Because of these matters, I can suspend this prison sentence but only just.”

He has been banned from contacting the girl for five years.