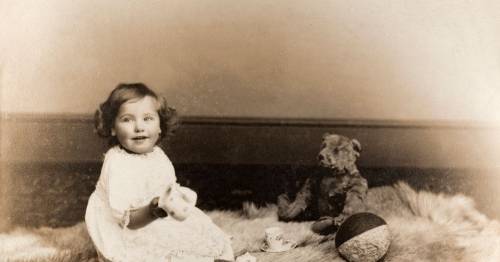 Victorian children faced death just for playing with their toys

Hundreds of thousands of infants faced death each year between 1880 and 1890 because of lead, a hidden killer.

The poisonous lead was found in their toys, which at the time were extremely popular and a huge market for manufacturers.

As seen in a YouTube video by Absolute History, Dr Suzannah Lipscomb showed us how serious lead poisoning really was, and no one had a clue.

At the time, Christmas was celebrated as a “child’s festival” which meant more children were being spoilt and more toys were being bought.

Environmental chemist professor Andy Meharg said: “Anything that was coloured or pigmented would have had high levels of a toxic metal in it.

“Even if it was white it wasn’t safe, there were large levels of lead even in white painted toys.”

In the video, we learn that no amount of lead is safe, even if there’s a tiny amount on the toy.

Lead poison damages the brain's nervous system and can include symptoms such as abdominal pain, constipation, headaches, irritability, memory problems and infertility.

As the Victorian children weren’t fully developed at the time, they were particularly susceptible to the fatal poisoning.

Lead was used for things like lead soldiers and painting children’s toys, and with a child’s habit to lick and put toys in their mouth, the risk was high.

But why exactly were the Victorians putting lead into paint? It’s been known to be poisonous since Roman times.

In short, lead was the best preserver of wood, and the Victorians had no idea the lead from the toy could transfer into the child’s body.

The poisoning slowly led to developmental problems such as behavioural issues, which were sometimes symptoms that were hard to identify.

The Dictionary of Victorian London, a website created by historian Lee Jackson, explained some specific cases of children’s lead poisoning.

“Mary Ann Toler – a girl of seventeen, who had never had a fit in her life – three times became ill, and had to leave work in the factory.

“Before she was nineteen she showed symptoms of lead poisoning – had fits, frothed at the mouth, and died.”

Another case, Charlotte Rafferty, suffered with “convulsions” and “lines along her gums” until she later died.

It wasn’t just in toys either, lead was used on the paints within the walls of the Victorian home and also to paint woodwork.

The toxic metal could even cause anaemia, which often made the victim appear grey in the face and generally unhealthy.

Doctor Henry Burton in 1840 identified “Burton’s lines” which was basically a blue/grey line at the base of the gums at the top of the teeth.

Dr Suzannah concluded: “In the 1920s, white lead was banned in indoor paint products in Sweden, Czechoslovakia, Austria, Poland, Spain, Finland and Norway, but not Britain.

“Amazingly, it wasn’t until the 1970s, more than 100 years after the problem had been identified, that the British government controlled the lead content of household paint.”

Over a hundred thousand infants faced death within the space of ten years due to lead poisoning, a shocking figure to say the least.