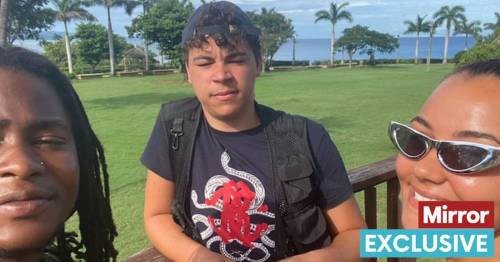 A young vegetarian was left "sick to his stomach" after finishing off most of a meat burger served to him in error.

Izaac Rose claims he was on the verge of throwing up after realising the Plant Based Double Whopper he thought he'd ordered from Burger King was in fact beef.

The 20-year-old, who has never eaten meat in his entire life, was alerted to the sneaky patty's true form when his sister Jamila, 23, asked him for a bite.

The vegan woman reflexively spat it out, realising she had a mouthful of piping hot cow.

Izaac, Jamila and her veggie boyfriend Tawand Mushambi, who luckily hadn't started tucking into his meat Whopper yet, headed back to the store in Lady Bay, Nottingham to raise the issue.

The Plant Based Whopper was rolled out earlier this year
(

They received a mixed response, Jamila said, with the cashier responsible apologising for the mistake while the manager "seemed to find the whole situation funny".

"My brother says he feels so bad, betrayed and disgusted," Jamila told The Mirror.

"He also felt like he was going to throw up. We trusted it would be the right thing.

"Our parents brought us up vegetarian and we have never eaten meat before. I think 'thank god I didn't'. I had a bit of it and as soon as I chewed it I spat it out on the table.

"The texture in my mouth. It was almost like I had an ejector button."

The trio had gone into the Nottingham shop on August 24 and ordered three Vegan Royales and two Plant Based Whoppers, which were recently added to the Burger King menu.

By the time they realised the burgers were in fact meat, Izaac had polished off three quarters of it.

After noting the packaging of the burger was red and not green – denoting meat contents instead of veggie ones – Jamila checked the receipt and discovered the wrong items had been put through the till.

She was less than impressed with the reaction that met them at the store.

"The manager seemed to find it amusing, he couldn't give a tiddlers," the accountant said.

A Whopper made with beef
(

"He was smirking asking what he was supposed to do about it. I asked him to get the manager and he said 'I am the manager'.

"I feel like he found the whole situation funny."

In the UK veganism is a protected characteristic, on a similar level to other moral frameworks such as religion.

According to Go Vegan World, the UK Equality and Human Rights Commission has long recognised veganism as a protected philosophical belief or conviction under the Equality Act's guidance materials.

This was reiterated in court last January when an employment tribunal ruled in favour of Jordi Casamitjana's after he raised concerns that the League Against Cruel Sports' pension fund was being invested with firms that tested on animals and hurt the environment.

While Jamila does not plan on taking any legal action, she hopes that Burger King will make changes to avoid similar incidents in the future.

"I would like BK to ensure it doesn't happen again," she said.

"If it was that easy, how many people has that happened to? They have made someone eat a dead carcass who has never done that before."