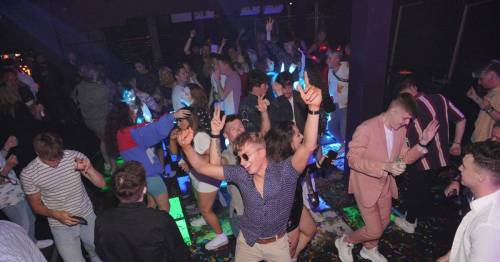 Covid passports will not be introduced for now, but could be brought in at short notice, the Health Secretary confirmed to MPs this afternoon.

Speaking in the House of Commons, Sajid Javid announced that the move – which would have seen people going to crowded places such as nightclubs required to prove they'd had two jabs – will not proceed imminently.

But if things go wrong those who have not been vaccinated face being barred from indoor events with more than 500 people, the government's latest plan states.

Large sporting events and music festivals will also be off limits for the unvaccinated under his "Plan B", Mr Javid confirmed.

Industry chiefs have reacted with anger, branding it "absurd" that passports may be brought in with little warning.

Earlier this year the Prime Minister said vaccine passports would come into effect in September.

Today Mr Javid said the Government will reserve the option in future if needed – branding it part of "Plan B".

He said that the evidence to support vaccine passports is "not there" currently, and added it hopes it never is.

But Mr Javid said the possibility is being kept "in reserve" in case spiralling cases make action necessary.

The government's plan states: "Taking into account the latest data on the state of the epidemic, mandatory vaccine‑only certification will not be implemented from the end of September.

"It would, however, be part of the Government’s Plan B if the data suggests action is required toprevent unsustainable pressure on the NHS. Mandating vaccine-only certificationwould be preferable to closing venues entirely or reimposing social distancing."

The plan continues: "If Plan B is implemented, it could be at short notice in response to concerning data.

"Therefore, in order to help businesses prepare their own contingency plans, theGovernment will shortly publish more detail about the proposed certification regimethat would be introduced as part of Plan B."

Following the announcement, Michael Kill, chief executive of the Night Time Industries Association (NTIA), said: "Today, businesses up and down the country are once again thinking they may have to make an enormous and detrimental change to their operating model in the future, if infection rates increase.

“The idea too, that a vast and logistically challenging policy can be kept in ‘reserve’ and implemented at one week's notice, as has been reported, is absurd. It is no way to treat a sector that has already been so badly hit. Sometimes it feels like ministers have no idea what it is like to run a business, let alone the types of businesses we represent.”

It comes after days of confusion and mixed messaging which has characterised the government's response to the pandemic.

On Sunday he appeared to confirm a U-turn, saying that the passports had been scrapped.

Mr Javid told the BBC on Sunday: "We shouldn't be doing things for the sake of it."

And he added: "I'm pleased to say we will not be going ahead with plans."

Vaccine passports are not being introduced – for now
(

But he had earlier told Sky's Trevor Philips that no decision had been made, and Vaccines Minister Nadhim Zahawi last week appeared to confirm the vaccine passport plans.

Mr Zahawi said it "pains me" to implement something that "goes against the DNA" of the Prime Minister and himself.

"There has never been any clarity from ministers about what vaccine passports were supposed to achieve, how they would work and what was expected from businesses and workers.

"Days ago, the vaccine minister stood before Parliament to confirm the introduction of Covid passports and stress their importance, now they've been scrapped.

"This is the culmination of a summer of chaos from ministers and they urgently need to get a grip before winter."