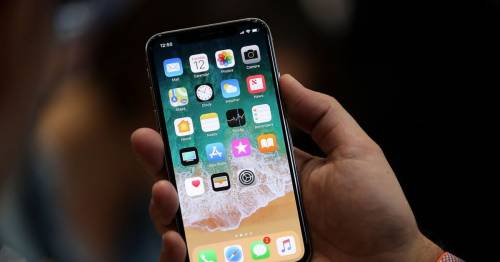 A consumer champion has launched a £768 million legal claim against Apple alleging the tech giant intentionally slowed the batteries down in iPhones.

Justin Gutmann, a campaigner who formerly worked for Citizens Advice, has accused the company of secretly slowing down the performance of iPhone handsets using a process known as 'throttling' and abusing its dominance in the market, reports The Times.

A tribunal heard how Apple misled its users over an upgrade that actually caused the batteries to slow down. Around 25 million British users could be eligible for hundreds of pounds each should Gutmann win his legal case.

According to the claim, which sits on June 16, legal experts will pass a ruling over the accusations that allegedly hindered 10 different models to disguise overloaded batteries and avoid costly recalls and repairs.

Brits could get £30 and £60 each on the grounds of substandard performance, but more if they prove they replaced the battery or phone entirely
(

Gutmann claims Apple “misled customers about a power-management tool that slowed devices, resulting in some users upgrading early or paying for a replacement battery”.

Lawyers for Gutmann have estimated that if successful, the claim would result in British consumers with select models being awarded between £30 and £60 each on the grounds of substandard performance.

Other users, however, could be eligible for payouts in the hundreds if they can prove they replaced batteries or the entire device itself because of the degradation in performance.

Gutmann's legal team is expected to tell the court on June 16 that analysis showed that devices slowed by up to 58 per cent “after installation of [a] throttling software update”.

Apple has said it had “never – and would never – do anything to intentionally shorten the life of any Apple product, or degrade the user experience to drive customer upgrades”.

In 2017, some users noticed performance issues and raised the issue with Apple who apologised for its handling of the issue and said it would replace batteries for a reduced rate for a limited time and also introduce a feature to allow users to turn off the power management tool.

Apple has not commented on the new legal claim.