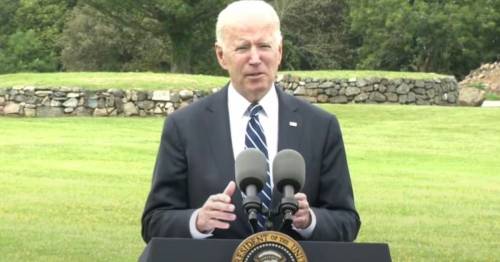 US President Joe Biden has expressed his condolences to the Queen over the death of Prince Philip in an emotional message.

"First I would like to express our condolences on behalf of Jill and I to her Majesty Queen Elizabeth II, the entire royal family and the people of the United Kingdom," he said at a press conference in Cornwall today.

"Today would have been Prince Philip's 100th birthday.

"I know there are a lot of people feeling his absence today."

His remarks came before he said he had a "very productive meeting" with Boris Johnson. 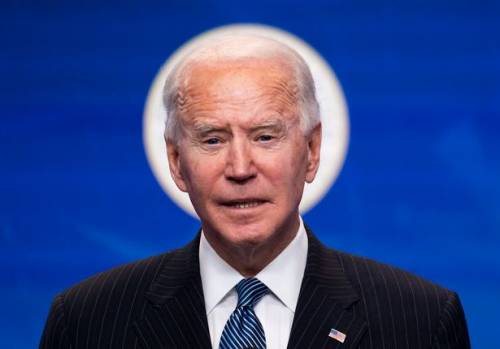 He told reporters in Cornwall the revitalised Atlantic Charter would address the "key challenges of this century – cyber security, emerging technologies, global health and climate change".

Mr Biden also said Mr Johnson had led a "strong campaign to get people vaccinated across the UK". 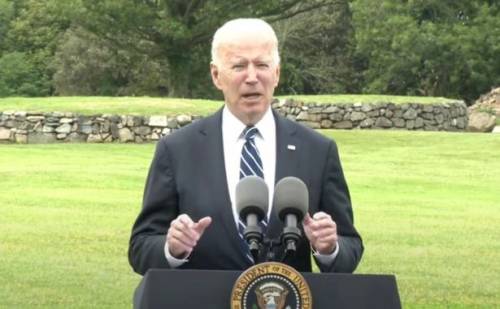 Speaking outside the Tregenna Castle hotel in St Ives, he said the US would "help lead the world out of this pandemic" alongside other G7 countries.

The United States will purchase half a billion Covid-19 vaccine doses for lower income countries with no strings attached, Mr Biden said on Thursday.

"Half a billion vaccines will start to be shipped in August, as quickly as they roll off the manufacturing line," he said at a news conference before the G7 summit in Britain.

"Our vaccine donations don't include pressure for favours, or potential concessions. We're doing this to save lives."

Mr Biden vowed that America would be the arsenal of vaccines in the fight against global Covid-19.

"Just as America was the arsenal of democracy during World War Two."

Previous : Joe Biden and Boris Johnson’s tense friendship – ‘woke’ gaffe to wives ‘above our station’
Next : Anger as Matt Hancock says he has ‘no evidence’ PPE shortages cost lives