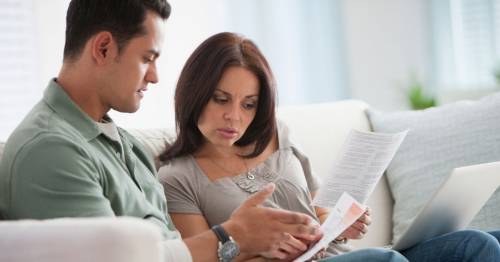 Protesters calling on the Government not to scrap the Universal Credit hike descend on Westminster today amid fresh warnings over the impact on youngsters.

In a report, 'Of little benefit: The necessity of the £20 Universal Credit uplift for young people seeking independence', published today says that in June, 918,000 young people aged 16 to 24 were claiming the welfare payment.

The benefit was increased by £20-a-week at the start of the coronavirus pandemic in April last year to help hard-up households cope with the crisis.

But the temporary rise will be scrapped next month.

The 19-page YMCA study says: “For young people on Universal Credit and not in work, affording essential items after rent and bills can already lead to shortfalls.

“This could take the shape of falling behind in rent or bill payments, or reliance on foodbanks or skipping meals.”

It adds: “Once the £20 uplift is removed, however, many more young people on Universal Credit can expect to be pushed closer to the breadline, or even further into arrears with their payments.

“These will be young people who do not have the typical family support network to be able to lend them money to tide them over.”

The report says more people could turn to foodbanks
(

YMCA chief executive Denise Hatton said: “By removing the uplift, the choices a young person has when moving out of supported housing narrow dramatically, impacting the type of accommodation they move in to, access to employment opportunities, and how much money – if any – they have left after covering necessities.

“While YMCA appreciates that difficult decisions must be made in order to support the economic recovery of the country after a truly traumatic time, the removal of this lifeline is not a feasible or a fair decision.

“Therefore, YMCA is asking the Government to maintain the £20 weekly uplift to ensure young people striving for independent living are able to find the best possible fit while pursuing a career or learning opportunities – without an increased risk of falling into debt.

“The choice should never be one or the other.”

The report warns of the potential impact on young people's finances
(

UC claimants who are members of the Unite union will take their fight to Parliament during Prime Minister's Questions.

Holding banners saying “Keep our families fed” and “Food is not a luxury”, they will demand an extension to the £1,040-a year hike.

Unite assistant general secretary Steve Turner said: “The Chancellor is making a deliberate and cruel decision to punish the country’s working poor, pushing six million people – over a third of which are already in work – into poverty and debt overnight.

“Many of them have worked right through the pandemic – in social care, in the NHS and as refuse collectors – and they deserve so much better from this Government than this assault on their already poverty-level incomes.”

Boris Johnson continues to resist calls to maintain the rise.

His spokesman said this week: “We know people have to adjust to a change in their payment and we are supporting people to increase their incomes in a number of ways.

"We are helping people learn new skills so they can progress to better jobs.

“Indeed, our Plan for Jobs provides a number of schemes which will help people learn these new skills and progress in their careers, and we are hiring 13,500 new work coaches to that end."

A Government spokesman said: “As announced by the Chancellor at the Budget, the uplift to Universal Credit was always temporary.

“It was designed to help claimants through the economic shock and financial disruption of the toughest stages of the pandemic, and it has done so.

“Universal Credit will continue to provide vital support for those both in and out of work so they can earn more, and further help is in place for those who need it – including help through housing benefit and with council tax bills.”