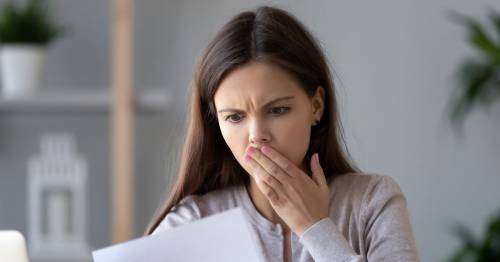 Universal Credit claimant has almost all of her £5,372 debt to DWP written off

A Universal Credit claimant told to repay the government more than £5,000 in benefits has managed to fight the massive bill and save £4,500.

Tina Newman, 40, was told she had to repay the Department for Work and Pensions (DWP) £5,372 for the housing element part of her Universal Credit payments.

Newman was told this was because she could not prove she met the full DWP criteria for it.

She had lost her job at the beginning of the pandemic and was sub-letting in a shared property.

However, DWP said she did not have a tenancy agreement or formal contract, and was not entitled to all the money.

Have you been affected by this issue? Get in touch: mirror.money.saving@mirror.co.uk

In the year to February 2021 the number of renters claiming Universal Credit rose from 749,000 to 1.5million, according to the i newspaper.

She then appealed the decision – and won.

Speaking to the i, Newman said: “I am so thankful. I am proud of myself for not giving in. I was entitled to receive housing benefits.”

A DWP spokesperson said: "Ms Newman requested a mandatory reconsideration, and this determined that sufficient evidence was provided to prove rent liability for her housing costs. This meant that we were able to remove the vast majority of the overpayment on her account."

A court challenge to decide whether those on old-style legacy benefits were unfairly left out of Covid support by the DWP has been pushed back.

The legal row could see two million people who claim old benefits in line for backpay of around £1,500.

It centres around whether these people should have received the same financial boost as those on Universal Credit during the pandemic.

At the start of the pandemic, Chancellor Rishi Sunak introduced a £20 a week uplift for more than six million Universal Credit claimants.

The case was brought forward by two people who claim ESA but two new claimants have since joined, one who gets JSA and another who claims Income Support.

The court hearing was due to take place this week but it has now been postponed, with the case now set to be heard on November 17 and 18 instead.

MPs have also argued that the decision to exclude two groups of people who are in exactly the same situation is discriminating.

Rt Hon Stephen Timms MP, Chair of the Work and Pensions Select Committee, said: “It’s simply not right for people to miss out on support just because they happen, through no fault of their own, to be claiming the ‘wrong’ kind of benefit.

Previous : Key questions answered as Brits urged to order now ahead of Christmas shortages
Next : Teenager buys two-bed house on £12,000 salary while studying to become a nurse