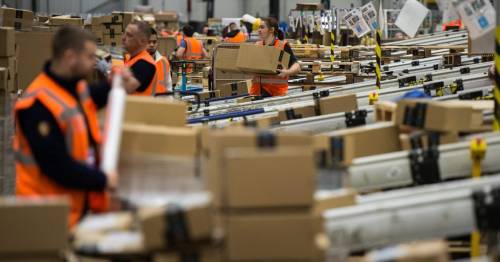 Calls for the UK to back a three-day weekend are set to intensify after unions backed a joint motion to end the "outdated" Monday to Friday working pattern.

Meeting in London this week, the Trades Union Congress (TUC) national conference passed a motion to campaign for a three-day weekend, with no loss of pay for workers.

It follows claims workers in various sectors are facing burnout, following the Covid pandemic and a decade of austerity-driven reforms which have hit working conditions for many.

The call by the University and College Union (UCU) was seconded by Communication Workers Union (CWU) and the National Union of Rail, Maritime and Transport Workers (RMT).

It says that the rise of automation "brings new urgency" to the idea, as workers should "benefit from new technologies and associated productivity improvements".

Support for reforms to the working week is growing not only in the UK, but across the globe, with major employer Unilever also running a year-long trial in New Zealand.

Its backers underline how some studies have show a four-day week with no loss of pay is achievable through greater productivity. For example, when Microsoft trialled it in 2019 in Japan, productivity leapt by 40%.

Other studies suggest UK high streets could receive a boost.

The Scottish Government is trialling a four-day week in some areas north of the border to test whether it is workable and what impact there is on wellbeing and productivity.

Joe Ryle, campaign director for the 4 Day Week Campaign, said: “The Trade Union movement was at the heart of the campaign to win us the weekend a century ago and the time has now come to lead the way on getting a three-day weekend.

“The nine to five, five day working week is a very outdated model of work that is no longer fit for purpose.

“With greater automation and new technology still to come, the four-day working week with no loss of pay is what the economy needs and what workers need to be able to live more fulfilling lives."

The TUC backing the motion does not mean the Labour Party, or anyone other party, will adopt the policy. It does, however, mobilise support in the trade union movement for a broader campaign on the issue.

In the 2019 Labour manifesto, shadow chancellor John McDonnell backed a gradual reduction of the working week to to 32 hours over the course of a decade.

Previous : Dad’s horror after waking as ‘a head on a bed’ when rare condition left him paralysed
Next : Len McCluskey accuses Keir Starmer of ‘breaking deal’ over Corbyn’s readmission to Labour