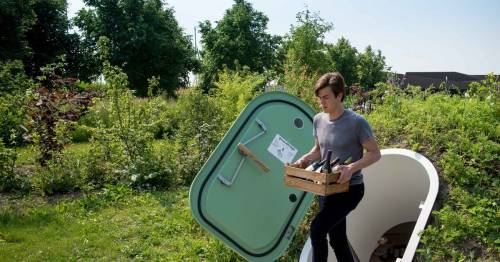 Baking Brits could have had their heatwave prayers answered with a refreshing underground fridge to cool off in.

The giant cooler needs no electricity and has a 3,000-litre storage capacity, easily allowing two people to shelter from the relentless sun.

The Groundfridge holds the same amount of food as up to 20 family-sized fridges – and it's not just great for grub, it is perfect to combat the sweltering conditions.

The innovative fridge – which is described as a modern take on a traditional root cellar – is buried underground and remains at a cool temperature of around 10c to 12C all year round. 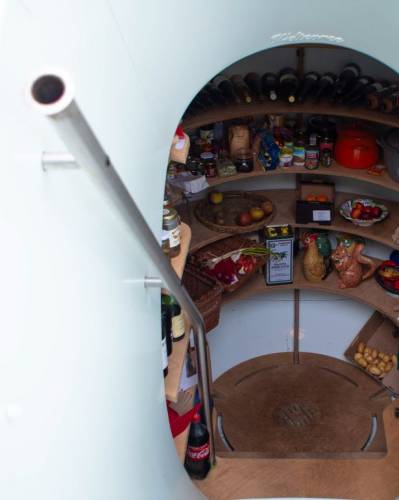 It is all done by digging a hole and covering the fridge with one and a half metres of thick excavated soil.

The core temperature of the cooler barely varies, and an additional battery-driven ventilator inhales cool air during the coldest moments of the night to refresh the air and chill things down further.

It also has built-in shelving which is reached by an integrated staircase, lighting and a lockable door.

There will be no cooler place for miles around!

Floris Schoonderbeek, who designed the mega fridge, said: "I am always looking at new needs in the environment which emerge, and I feel I am able to fulfil one of those needs. 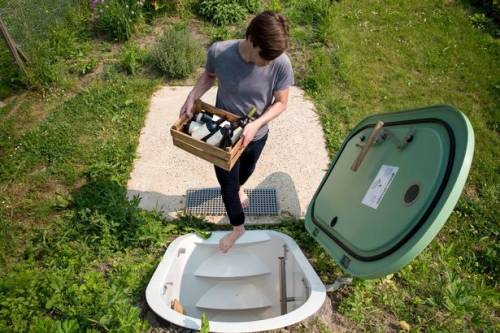 "The Groundfridge is a combination of an old and proven technique and a present-day application."

The company say the spherical fridge can be used to store many things including cheese, eggs, vegetables and wine and can easily be disguised in the garden by growing trees and plants on top – which also helps keep it cool during the summer.

England recorded its hottest day of 2021 earlier this week as the mercury hit 32.2C. 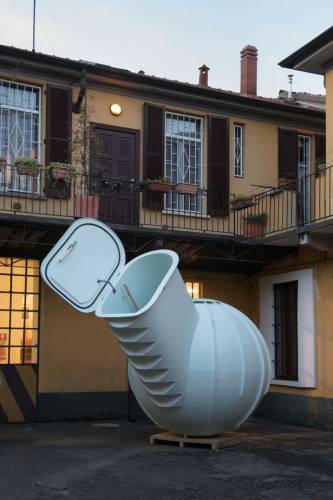 Once the heat-wave is over, it has plenty of uses
(Image: www.groundfridge.com / CATERS NEWS) 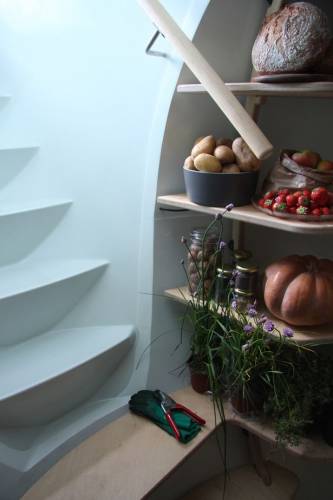 The temperature was recorded at Heathrow Airport in west London on Tuesday afternoon – but heavy showers and thunderstorms are set to batter parts of the UK this weekend.

The Met Office has issued a yellow weather warning after the scorching heatwave, which is due to come to an end on Saturday.

Meteorologist Tom Morgan said: "In contrast to Tuesday when it was really torrential downpours and heavy hail.

"The weekend weather is just going to be more generally wet."