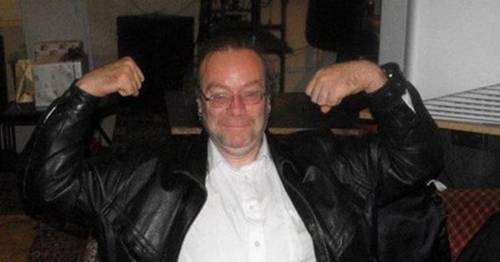 Emergency services were unable to send paramedics to help an unconscious man, who later died in hospital.

Carl Handley collapsed outside his home but had to be taken to Ysbyty Glan Clwyd by his brother because no ambulances were available.

The call had been categorised as "life threatening" after he became ill outside his home in Rhyl, Wales on October 23.

But he did not arrive at hospital until more than two hours after his brother called for an ambulance.

Despite the call being categorised as "amber" – which is assigned to life-threatening situations – no ambulances were available.

NorthWalesLive reports how his brother first received a text message from Carl saying "help me" before making the first call for an ambulance at 5.58pm.

Carl Handley collapsed outside his home in Wales
(

He then tried again on two separate occasions at 6.27pm and 6.49pm.

At this point 52-year-old Carl was slipping in and out of consciousness but no ambulance was forthcoming.

At 7.30pm it had become apparent that there were no available resources in the area and Carl's brother received a call from the ambulance service asking if he could drive his brother to Ysbyty Glan Clwyd, which he ended up doing.

At the inquest at Ruthin County Hall, John Gittins, senior coroner for North Wales east and central, heard that the "pace and care of Mr Handley's treatment did not meet the gold standard"

He did, however, acknowledge that the hospital was – and continues to be – "under significant pressure".

Mr Handley passed away at 11.05pm on October 25 from pulmonary embolism due to deep vein thrombosis and Covid pneumonia.

The inquest heard that an earlier administration of anti-coagulant (blood thinners) may have improved his survival prospects.

Mr Handley, who worked at the B&M in Rhyl, had a "stormy passage to the ICU", the coroner heard.

And as a result of the investigation carried out after his death, a timeline for admission of medical patients to speciality wards had been created for hospital staff.

After being moved to critical care, Mr Handley was placed on dialysis, but his condition continued to deteriorate and his death was later verified after resuscitation was deemed ineffective.

The inquest heard that doctors received confirmation that he had tested positive for coronavirus earlier that afternoon.

The coroner recorded a conclusion of death arising from natural causes as the delays in Mr Handley's treatment fell short of meeting the requirements for neglect.

At the time of his death, his heartbroken family paid tribute to the "funny, lovely and wonderful" man.

Carl, who only two years ago received a kidney from his nephew Craig Parkinson his niece Katie Williams said: "He was a very lovely, family oriented, funny man who made time for anyone and was passionate about rock music."

Among the many tributes to Carl on social media was one from a friend who posted: "RIP Carl, you were such an amazing and unique person. You will be missed but never forgotten."

Another described him as a "gentle giant."

The inquest her Carl Handley was particularly "vulnerable to Covid infection"
(

During the inquest, criticism was aimed at the level of communication between the hospital and Mr Handley's family who say they were 'kept in the dark' about his condition during his treatment at Ysbyty Glan Clwyd.

But he was reassured of the "greater prospect of continuity moving forward" after steps were taken by the hospital to introduce a timeline, which provided guidance on communication.

After the inquest, a family member said: "We appreciate everything the NHS has done for Carl."