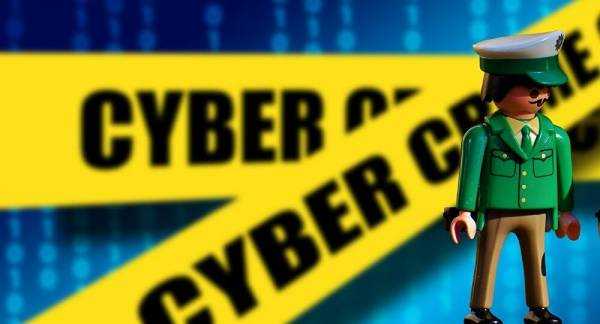 The National Cyber Security Centre chief executive said he got a scam email telling him he had been spotted leaving his house three times during the lockdown and demanding he pay a £35 fine.

The spy chief in charge of defending Britain from cyber attacks was targeted by a crude email scam during the coronavirus lockdown.

“This happened to me personally – I got something that looked like it’s from the Government, from .gov.uk,” Martin said, referring to the official UK internet domain.

He received an email “telling me I have been spotted leaving my house three times in lockdown and inviting me onto a website to pay a £35 fine.”

“It is important that we know how to spot those, and what to do,” the spy chief warned listeners.

The agency set up a special hotline in April for citizens to report suspected scams linked to the pandemic, including demands for fraudulent fines or selling non-existent hygiene products.

But Martin tried to switch focus to the alleged threat of Russian political meddling and sabotage.

“In terms of the Russian threat, it is not just a threat to democratic processes it has been a threat to critical infrastructure,” he claimed. “We have seen attacks and intrusions on energy systems.”

“In my six and a half years running cyber security, Russia has been the operational constant and taken up a huge amount of our time and resources”, he asserted.

Martin is stepping down from the role next month after more than four years in the job he was instrumental in creating.

After his appointment as head of cyber security at signals intelligence centre Government Communications Headquarters (GCHQ) in 2013, he recommended the establishment of a new agency. Then-chancellor of the exchequer George Osborne announced NCSC’s formation in November 2015 and Martin was appointed in February of the next year.

In 2015 the state Investigatory Powers Tribunal ruled that GCHQ had breached rules when it used data from two US National Security Agency systems to snoop on UK citizens’ emails and social media chats.