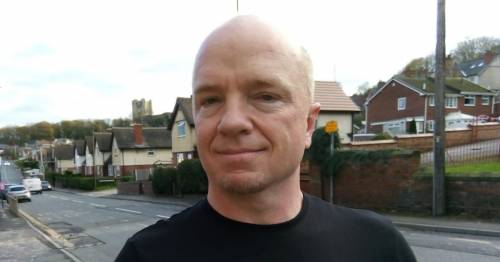 A prolific online sperm donor who claims to have fathered more than 160 kids says he'll only see one of them this Father's Day as he simply has too many children to stay in touch with.

Joe, 51, says he has had sex with nearly 200 women who are struggling to conceive, but has helped many get pregnant without ever meeting them in person.

But Joe, who goes by a pseudonym, says despite apparently fathering 160 kids, this Father's Day will be a quiet one, reports the Sun.

"I'm going to be seeing one of my children on Father's Day," he told the paper.

"Fingers crossed – I could do with some new pairs. It's more about trying to spend a little time with your children.

"This Father's Day I'll probably talk to about a dozen of my children. I wouldn't have time to talk to 160 children anyway so it works out."

Having travelled across the US, Argentina, Italy, Singapore, the Philippines and the UK donating his sperm, he added that some of his children were in different time zones so he would likely speak to them on different days.

Of the 160 children he is said to have fathered, the donor said he had met more than 60.

Joe, who is originally from Vermont in the US and lives in the UK, refers to himself as the "angel of the north" for helping women to fulfil their dreams of motherhood.

Sperm donation in exchange for payment is prohibited by law in the UK. Donors who go through a fertility clinics or sperm banks do not have any rights or responsibilities towards children conceived using their sperm.

But children conceived through sperm donation do have the right to ask for certain information about their donor when they reach the age of 16.

"People contact me on Facebook or Instagram or email me and ask me for help and I usually will ask them about their period," Joe told the Sun.

"I use the start date for all my calculations and I put that in my calculator and then we work out a date to meet and we discuss exactly how they want to go about doing it.

"Right now I have a couple of women who are pregnant because I sent my sperm by overnight courier."

Previous : ‘Vile’ murderer still gets to dictate lives of four children after killing their mum
Next : Prince William’s ‘secret meeting’ with Kate Middleton when they were just nine