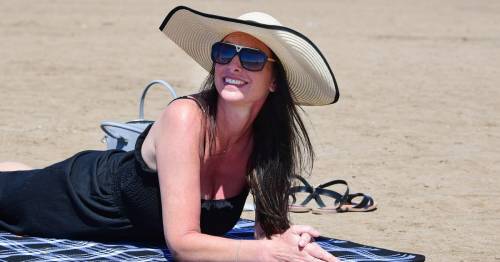 UK weather: How 30C heatwave coming from Azores islands will hit your area

Brits are set for a sizzling weekend as a mini-heatwave is set to hit the UK this weekend – but will it hit your area?

Temperatures will be in the upper 20s across most of the country but come Friday they could hit 30C.

According to the Met Office the whole country will see rising temperatures due to high pressure coming from the Portuguese islands of the Azores.

The Met said in a blog post on Tuesday that "temperatures, particularly in the south, are likely to reach the mid, to possibly high 20s over the next few days and into the weekend.

"Some areas may reach heatwave criteria."

What do you think of the predicted heatwave? Let us know in the comments section below. 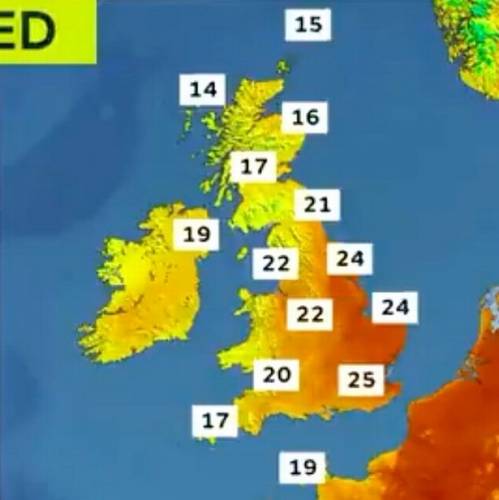 While the best of sunshine will be enjoyed in the south and east, it will be fine and dry all across the UK on Wednesday.

Western and northwestern UK will see a few more clouds with some spells of rain, mainly over Northern Ireland and western Scotland.

Thursday will see "a fairly cloudy start" for most areas before they brighten up to give way to warm sunny spells, although the west is bound to have more clouds.

The weekend is set to be a scorchier with the mercury possibly tipping above 30C (86F) in parts of the South East by the beginning of next week.

Here is what temperatures will look like in the main areas of the UK leading up to the weekend.

The area is set for prolonged sunshine on Wednesday as the Met predicts a "very warm day".

Temperatures on Wednesday daytime will be around 24-25C degrees with peaks of 26C at around 4pm.

Another fine day is expected on Thursday, although it looks slightly cooler as temperatures go from 19C in the morning to 24C in the afternoon. 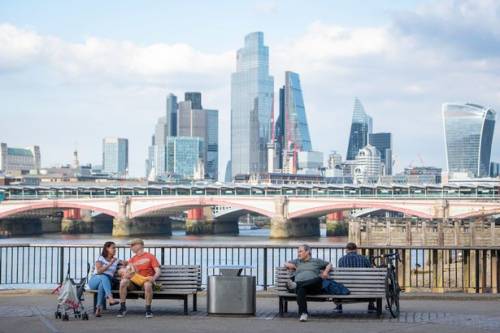 London is set for blistering temperatures of 28C
(Image: PA)

There will be plenty of sunshine over the weekend with temperatures ranging from 19C to 24C and soaring as high as 26-27C on Saturday and Sunday.

Turning increasingly cloudy through the day but there will be some spells of sunshine when the clouds allow it.

Friday will again see patchy rain and clouds but Saturday and Sunday are set to be much brighter. 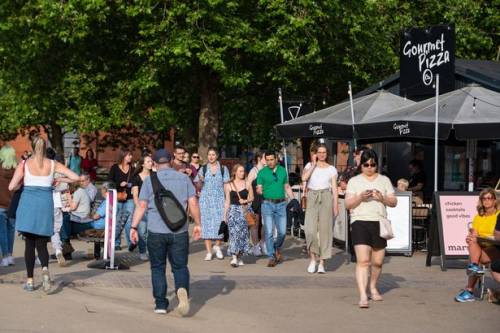 The weather will be dry and sunny in the next few days and in most parts of the country
(Image: PA)

Warmer but cloudier on the whole, the Met says. Some light showers and rain over the hills at night but mainly dry.

Light rain over the hills and cloudy in the west while it will be brighter further east with sunny spells, although there may also be one isolated shower.

The weekend will look better as it will be "mainly fine" with long sunny spells and temperatures possibly rising further.

Maximum temperatures will be 24C throughout.

There will be clouds and rains but these will at times break off to allow for some sunny spells. There will be some southern showers later in the days but it will remain mainly dry with temperatures of up to 24C. 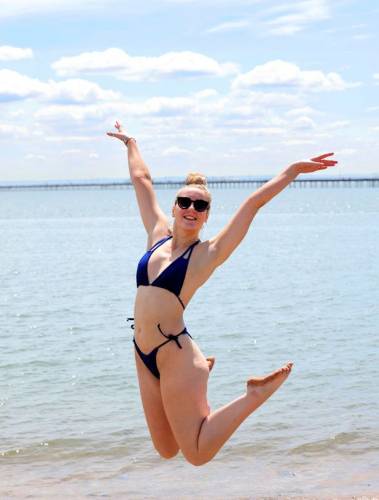 While there will some patchy rain on Friday, it will be sunny for most part of the weekend, with Saturday being "bright and settled" and Sunday tipped to be the warmest day.

Dry sunny morning although it gets cloudier and breezier in the west towards the afternoon but "still plenty of very warm sunny spells around".

On Thursday a shower in the afternoon will clear by the evening while the day will generally carry on being very warm.

Long sunny spells expected as well as soaring temperatures thanks to lighter winds. Temperatures will have a maximum of 27C over the weekend. 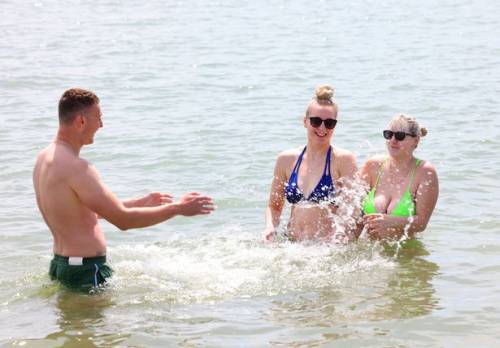 Hot weather is expected due to high pressure from the Azores
(Image: Daily Star)

While largely dry and sunny there could be some clouds and some isolated showers developing later in northern and central areas.

Thursday will be cloudier and there will be some occasional showers but also prolonged spells of sun across the region.

While there may be a grey start to the day in some areas, there will then be sunshine throughout the weekend and it will be "feeling very warm".

Belfast will see temperatures range around 19C on Wednesday and Thursday but with highs of 22C.

Friday will be cooler with the peak being no more than 18C. The weekend, however, could go up to 20C. 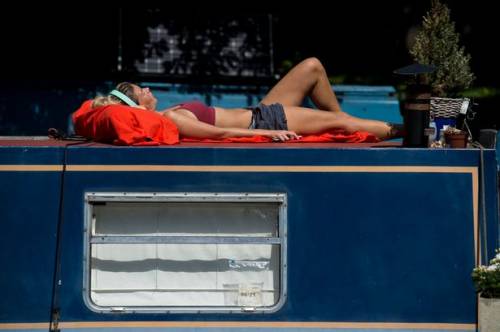 The average temperature here will be between 17 and 21C on Wednesday and Thursday but it will get cooler in the early mornings and evenings.

Friday's will have an average of 17C but on Saturday and Sunday it could go up to 20-22C.

Edinburgh won't see the mercury going any higher than 19C on Wednesday but they are set to go as high as 21C on Thursday.

Friday will range around 15-17C while the weekend could see peaks of 18C on Saturday and 19C on Sunday.

Speaking generally of the UK, Mr Claydon said: "By the beginning of the weekend and going into next week we might start to meet that criteria, by Sunday we might see 28C (82.4F) or 29C (84.2F).