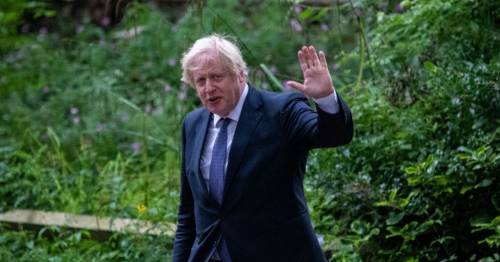 The government is on a collision course with Brussels as ministers push to rewrite the Brexit deal Boris Johnson agreed to govern trade in Northern Ireland.

Brexit Minister Lord Frost said “we cannot go on as we are” with the current Northern Ireland Protocol arrangements but stopped short of unilaterally suspending the measures.

Lord Frost said it was “clear that the circumstances exist to justify the use of Article 16” of the Protocol – a move which would see the deal ripped up.

“Nevertheless, we have concluded that it is not the right moment to do so,” he added.

The row over the Northern Ireland Protocol – the part of the Brexit agreement which governs trade in Ulster – comes amid feared supermarket shortages and the so-called sausage wars.

The Protocol was negotiated by the PM to avoid a hard border with Ireland and effectively keeps Northern Ireland in the bloc’s single market for goods.

But it has led to scores of new border checks on goods – including chilled meats – as they make the journey between NI and Great Britain. 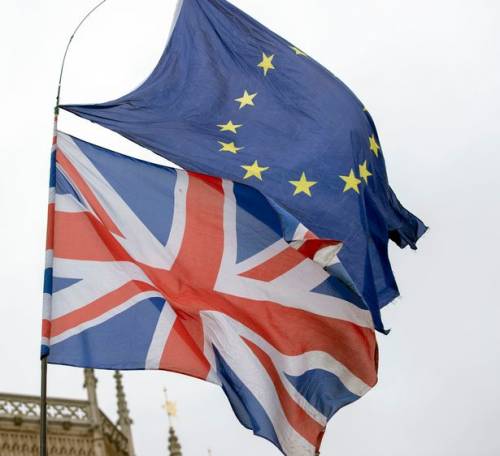 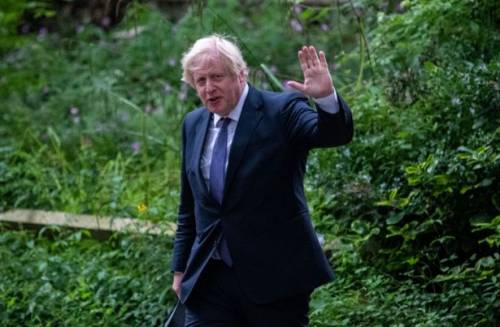 Lord Frost said the trade row and new red tape – which the Government insisted would not be introduced – had put relations "under strain".

Before the 2019 general election Boris Johnson told unionists fearful of new checks "If somebody asks you fill in a form tell them to ring up the Prime Minister and I will direct them to throw that form in the bin".

But Lord Frost admitted to peers the UK and EU were now in deadlock over the new mountain of red tape and talks so far had “not got to the heart of the problem”.

“Put very simply, we cannot go on as we are,” he told the House of Lords.

“We have therefore had to consider all our options. In particular, we have looked carefully at the safeguards provided by Article 16 of the Protocol.”

“There has also been societal instability, seen most regrettably with the disorder across Northern Ireland at Easter.”

There was a “false, but raw” perception in the Unionist community of separation from the rest of the UK which has had “profound political consequences”, he added.

The Opposition frontbencher said: “The problems he describes are so wide-ranging that if he didn’t foresee any of them raises serious questions about the Government’s approach to the negotiations at the time and its attitude to the serious undertakings to which the Government committed the country and from which it now seeks to break away.

The Government’s document on “the way forward” for Northern Ireland sets out three “fundamental concerns”.

“First, they need to look at ways of removing the burdens on trade in goods within the UK while managing the real risks to the EU Single Market,” it says.

To do this it calls for both sides to “streamline trade and avoid controls at Northern Ireland ports and airports”.

And “applying the same principle of differentiation” of destination, it says goods made to UK rules and regulated by UK authorities should be able to circulate freely in NI as long as they remain in the region.

“Thirdly, we should look to normalise the governance basis of the Protocol so that the relationship between the UK and the EU is not ultimately policed by the EU institutions including the Court of Justice,” the document says.

Reports suggest the Government wants to eliminate checks and will press for an "honesty box" approach, which would see companies in Great Britain declare which goods are for sale in NI only.

Any attempt to water down the implementation of the agreement – signed by Mr Johnson and negotiated by Lord Frost – is likely to be met with a fierce backlash from Brussels.

MPs, meanwhile, have slammed the Government's over its "confrontational" approach.

“Today’s statement from the Secretary of State on the operation of the Protocol is the latest in a car crash attempt by the British Government to distance themselves from an agreement they negotiated, campaigned for and signed up to,” said the Foyle MP.

“It is a shameless position based on political expedience rather than providing the stability that people, businesses and communities in Northern Ireland need."

Liberal Democrat spokesman for Northern Ireland Alistair Carmichael said: "This is a joke. The Government is taking us all for mugs when they say this mess could not have been predicted.

"They signed up to the Protocol knowing full well businesses would be caught up in a game of political football. It is time to get a grip and sort it out.

"Their confrontational attitude will get us nowhere."

US President Joe Biden is proud of his Irish roots and his administration is also taking a keen interest in the issue.

State Department spokesman Ned Price said “it’s something that we’re watching”, adding: “We’ve consistently said that we welcome the provisions in both the trade and co-operation agreement and the Northern Ireland Protocol between the UK and the European Union, which, importantly, help to protect the gains of the Belfast and Good Friday Agreement."

Marks & Spencer’s chairman, meanwhile, warned there will be some “gaps on shelves” in Northern Ireland this Christmas due to problems with the post-Brexit agreement on the region.

Archie Norman, who has requested a meeting with Lord Frost, told Today: “This Christmas, I can tell you already, we’re having to make decisions to de-list product for Northern Ireland because it’s simply not worth the risk of trying to get it through.

“We’ve already made that decision. We’re waiting to see how serious it’s going to be, but if it’s anything like southern Ireland (the Republic of Ireland), and at the moment it’s set to be, then it’s going to be very, very serious for customers.”

The former Tory MP called for a “common-sense approach to enforcement focused on the ends, which is protecting consumers, not the bureaucratic means”.

Previous : PMQs chaos as Boris Johnson hit by technical faults – ‘can you hear me?’
Next : Tory MPs including Jacob Rees-Mogg refuse plea to wear masks in House of Commons