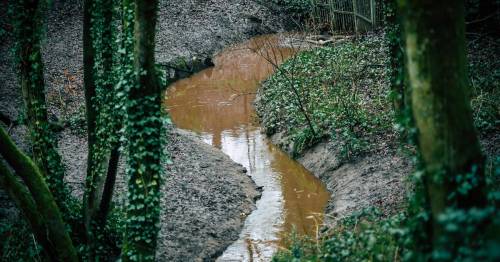 UK rivers being polluted by ‘chemical cocktail’ of sewage, slurry and plastic

A vile “cocktail” of sewage, slurry and plastic polluting our rivers is putting public health and nature at risk, a government committee has warned.

A probe by the Environmental Audit Committee found that poor water quality in England was a result of chronic under-investment.

It also “uncovered multiple failures in the monitoring, governance and enforcement on water quality”.

High levels of toxins such as phosphorus and nitrogen, from sewage and animal waste, are “choking rivers” and “suffocating fish and plants”.

Members called for more enforcement against polluters and a public awareness campaign.

Thames Water has been fined £20.3 million for polluting the River Thames with 1.4 billion litres of raw sewage
(

Committee chairman Philip Dunne MP said: “Our inquiry has uncovered multiple failures in the monitoring, governance and enforcement on water quality. The Government, regulators and the water industry have allowed a Victorian sewerage system to buckle under increasing pressure.

“Monitoring regimes need to be reviewed, enforcement needs to be ramped up and public awareness needs boosting on what can and cannot be flushed down the toilet.

“So many emerging pollutants are being missed by inadequate monitoring, and court actions against polluters have fallen dramatically.”

Under a European court ruling, firms can release rainwater and untreated sewage into our waterways in “exceptional” circumstances.

But sewage pollution was pumped into rivers and seas for over 3.1million hours in 2020 alone, in what campaigners call “routine releases”.

Just 14% of English rivers are recognised as having healthy ecologies, with waste from agriculture, roads and plastics adding to the problem.

Not one has received a clean bill of health for chemical contamination. But the committee said it struggled to get a complete overview of the scale of the issue partly due to budget cuts to the Environment Agency.

Hugo Tagholm, of Surfers Against Sewage, said sewer overflows were now “pollution superhighways spewing a damaging cocktail of pathogens, chemicals, and microplastics into sensitive habitats and the blue spaces that people are using more and more”.

Industry body Water UK said: “Now is the time to have an honest conversation about whether the current approach is adequate.”

Previous : ‘PM is unfit for high office and faces a perfect storm that could topple him’  – Voice of the Mirror
Next : ‘Mum’s energy bill soared from £40 to £143 – she was terrified and sobbing’