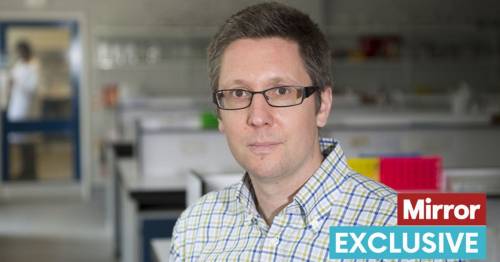 UK on verge of new Covid wave – and 2 new variants are to blame, experts warn

The UK might be teetering on the precipice of another Covid wave powered by two new Omicron subvariants feared to be more severe and transmissible.

Professor Martin Michaelis, of the University of Kent, told the Mirror that the country could see another wave of the deadly virus and warned of the public’s apathy towards Covid.

The professor of molecular medicine pointed to recent rises in ONS data in the UK, matched by increases elsewhere in Germany and abroad, which suggested Covid was once again on the up.

Alongside this, he echoed warnings concerning new sub-variants – but said much was still unknown about them and called for the British public to be more cautious in regards to the virus.

This comes as the ONS warned that new data up to June 2 indicated that England and Northern Ireland were beginning to see a resurgence in Covid cases.

Trends were unclear for Wales and Scotland – but infection levels had risen in London, north-west England and south-east England, with early signs of an increase in eastern England.

Rutland in the East Midlands appears to have seen the biggest recent surge and has seen a jump of 233% in cases over the last 14 days.

This recent wave is believed to have been caused by two omicron sub-variants, BA.4 and BA.5.

A recent study from the University of Tokyo on the two sub-variants found that they may be not only more severe but also more transmissible than the original omicron strain.

Speaking to the Mirror, when asked if the UK could be about to see another wave, the virus and cancer researcher said: “Yes definitely.”

He cautioned that the recent study was just one piece of evidence and we would see more over time.

Professor Michaelis added: “But there is a picture evolving that variants like BA.4 and BA.5 are even better at escaping immune protection provided by vaccines and previous infection.

“So this evolution seems to go towards the next step to reduce sensitivity to the immune response by people who have had the vaccines or caught the virus before.

“And yes, the Office for National Statistics says the latest data has shown an increase, we see an increase in Germany and increases in many other places.

"Then the main question we don't know is what does this mean for hospitalisations and severe disease?

“Nobody knows how big these peaks of hospitalisations, and maybe death will be because we simply do not know enough about all these questions.

He went on to add that these new subvariants seem to have the ability to penetrate deeper into the lungs which would “automatically” make them more dangerous.

The two Omicron subvariants, BA.4 and BA.5, were declared variants of concern by the UK Health Security Agency
(

Professor Michaelis said that he believed the next severe Covid wave would more likely be caused by an entirely new variant we knew nothing about, rather than a subvariant we had some knowledge on.

“I think if we see a new wave, a really big new wave with a significant number of death, it will be another SarsCov2 variant that is not Omicron, that we don't have on the radar at the moment,” he warned.

His prediction echoes the pattern the UK, and world, has seen so far, of the biggest threats being posed by the emergence of entirely new strains of the virus, from Alpha, to Delta and then Omicron.

He added that he didn’t think the current subvariants would “rock the boat”, but explained that was not because they wouldn’t be lethal – but because he said the British public had developed an apathy to the death caused by Covid.

He added: “I'm not sure whether this will sickness get through to the general population.

"We have become remarkably numb to the devastation, morbidity and death that COVID causes.

There's a lot of worry because evidence suggests the new subvariants are less affected by immune responses, be it caused by vaccines or previous exposure to the virus
(

“We seem to accept that now as some background noise.

"And people are just dying in the background because the numbers are still not that low of people who die.

"There's still 10s of people who die each day from COVID.”

One thing the virologist stressed was that scientists were still racing to figure out as much as possible about the virus and its subvariants in real time.

And that the answers weren’t always at hand.

But this lack of knowledge he said should lead Brits to more caution and not less and he said that the public acting like the virus was just like the common cold was a great frustration of his, shared by other scientists.

“It's a bit like driving a car and you arrive at a blind bend," he said.

"You're not normally accelerating there because there might be a tree lying on the street where you can't see it and you may crash into it."

He added: “I see how people’s eyes glaze over and I don’t really reach them anymore.

Professor Michaelis also said that whilst scientists could use evidence to back predictions to a certain extent around Covid, they could never be truly certain about what the virus was about to throw up.

He said: “It’s like the Nations League games. Nobody would have guessed that England would lose against Hungary four nil. But they did.”

That, he said, is what it was like predicting Covid.

Whilst the bookies may back England to win, they could in fact get beaten very badly.

The evidence-based assumptions could, he warned, sometimes be very badly off.