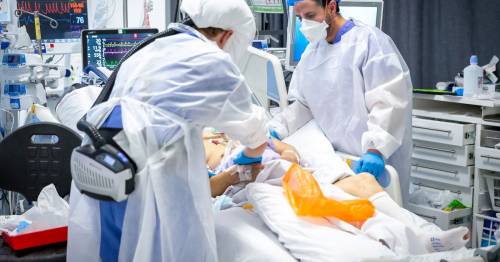 The latest UK figures show the number of daily reported infections has risen above 9,000 for the first time since February.

On Wednesday there had been a further 9,055 lab-confirmed cases of the virus in the UK.

The last time the daily cases was above 9,000 was in February 25 when there were a reported 9,985 new infections.

A further nine people died within 28 days of testing positive for coronavirus bringing the UK's grim death toll to 127,926.

Separate figures published by the Office for National Statistics show there have been 153,000 deaths registered in the UK where Covid-19 was mentioned on the death certificate. 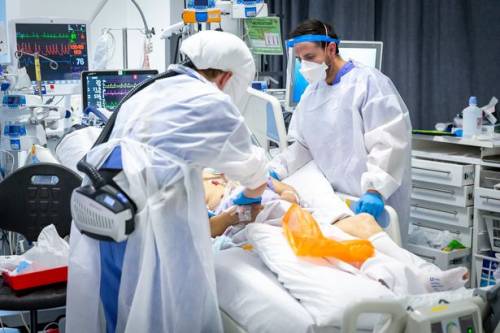 The news comes as a health chief said there could be as much as 25,000 new Covid cases a day in the UK as the Delta variant spreads in the community.

Dr Susan Hopkins, from Public Health England, said around 7,000 to 8,000 infections were being detected per day – but the true number is believed to significantly higher.

She told MPs that PHE was monitoring 25 variants and investigating eight strains as experts battle to prevents new mutations of the virus from taking hold.

Appearing before the Commons Science and Technology Committee, Dr Hopkins also revealed that experts believe the virus R rate could be as high as 7 without controls like the vaccine.

The Delta variant, first detected in India, is 66% more transmissible than the previously dominant Alpha strain, which ripped through the UK in the winter, she said.

Dr Susan Hopkins told MPs: "What we are seeing at the moment are about 7,000 to 8,000 infections per day – that's what we're detecting. 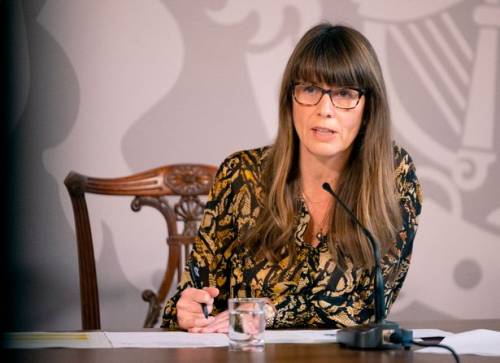 Dr Susan Hopkins said around 7,000 to 8,000 infections were being detected per day
(Image: Pippa Fowles / No10 Downing Street)

"But we know that that is less than half of what the true infections are in the community, and we've measured that a number of ways.

"It doesn't take very many doublings to get to very large numbers.

Dr Hopkins said if the Delta variant was "unmitigated" – left to spread without any controls – the R value could be "greater than five and maybe up to seven".

But vaccines expert Professor Sir Andrew Pollard said the crisis would be over if the vaccines continue to prevent against hospitalisations.

The UK has the worst coronavirus rate in Europe, overtaking many countries it's currently restricting travel to.

Over the past week 107.3 per million people tested positive for the virus in the UK, according to the Oxford University-based research platform Our World in Data.