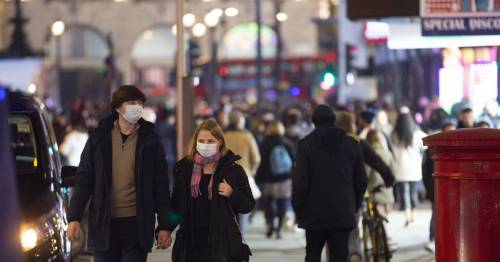 The UK’s Covid pandemic is nearly over – “if it isn’t already” – an infectious disease expert claimed yesterday, despite our worst death toll in 11 months.

Boosting hopes the worst is behind us, Professor David Heymann said the disease was closer here than in any major nation to becoming another endemic human coronavirus, adding to the four we already have.

Prof Heymann, from London School of Hygiene and Tropical Medicine, said it was down to high levels of immunity.

He told the Chatham House foreign affairs think tank: “Countries in the northern hemisphere have varying stages and probably, in the UK, it’s the closest to any of being out of the pandemic– if it isn’t already.”

While Prof Heymann’s comments gave cause for optimism, yesterday’s 379 reported deaths was the worst since February 24, when 442 fatalities were recorded. Tuesday’s data is often skewed because of reporting lags over the weekend.

Prof Heymann cited a recent Office for National Statistics report that estimated “95% of the population in England and a little less in other parts of the United Kingdom have antibodies to infection, either from vaccination or from infection”.

Antibodies were “keeping the virus at bay and it’s now functioning more like an endemic coronavirus than one that is a pandemic”, he added. More than 40million people in England have had a second vaccine shot.

But more than 1.1million eligible over-18s are yet to do so.

A woman receives a Covid vaccine booster in Pontllanfraith, Wales
(

NHS vaccination lead Dr Emily Lawson said: “It is fantastic that we have now given two or more doses to 40million people across England, including 205,000 last week alone.

“NHS staff are making it as easy as possible for people to get the vaccine in their local communities and it is never too late to get any of your doses of protection – whether it’s first, second or third.”

Dr Lawson added: “Vaccination continues to be our best protection against serious illness.

“I encourage anybody who isn’t vaccinated or is still to get their second dose to come forward without delay.”

It comes as Boris Johnson is expected to face mounting pressure today to cut recommended coronavirus self-isolation periods amid a deepening staff shortage crisis affecting public services and many parts of the economy.

At Prime Ministers Questions today Tory MPs are expected to step up calls for him to slash the period from seven days to five.

However, Cabinet ministers did not discuss making a reduction when they met yesterday.

People wear face masks as they walk in London
(

A spokesman for the Prime Minister said that the Government was “gathering the latest evidence” on the idea and would keep it “under review”.

Meanwhile, officials from the Health Security Agency have been forced to clarify that there are differences between UK and US policy after previously claiming that both were effectively the same.

An updated blog post stated: “In the UK our advice is to self-isolate for at least six full days from the point at which you have symptoms or get a positive test.”

It added: “In the United States, the advice is to isolate for at least five full days from the same point.”

Schools are among the worst hit by absences with 1 in 20 teachers off due to Covid reasons as of last Thursday.