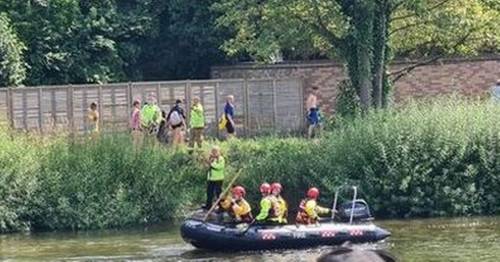 Two further people have been reported missing in the water following 17 confirmed deaths amid the UK heatwave.

Swimmers looking to cool off are being urged to take care in open water as the Royal Life Saving Society UK (RLSS UK) said it is aware of 17 incidents of accidental loss of life in the water between July 17 and July 20.

There have been two further reports of people going missing in the water who are yet to be found.

Emergency services are currently searching for a boy who went missing while swimming in the River Dee in Chester, according to Chester Live.

A police helicopter has also been seen circling the area up and down the river and a search and rescue team are there, as well as air ambulance, ambulance, police and fire crews.

A tweet by Chester Fire and Rescue said: "We're currently assisting a search in Chester for a teenage boy who's believed to have gone missing in the River Dee.

"A cordon is in place – please avoid the area." 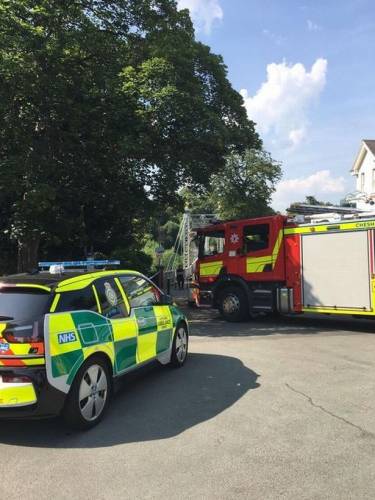 Emergency services are currently searching for a boy who went missing while swimming in the River Dee in Chester
(Image: CheshireLive/MEN)

A major emergency services incident is also in place at Reddish Vale Country Park, Greater Manchester, this evening after reports of a person in the water.

Dozens of police, paramedics and fire crews are all at the scene.

They are searching a section of the River Tame close to the M60 bridge, the Manchester Evening News reports.

The fire service has confirmed reports of a person in the water.

A spokesperson for Greater Manchester Fire and Rescue Service (GMFRS) said: "At around 5.20pm this afternoon (Thursday 22 July), two fire engines from Whitehill and Stockport fire stations were called to Reddish Vale Country Park, Stockport, to reports of a person in water. 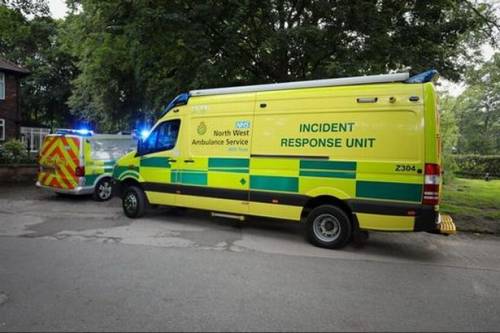 "Crews were quickly at the scene, joined by the Technical Response Unit from Leigh and the Water Incident Unit from Eccles.

"Firefighters remain in attendance at this time, alongside colleagues from Greater Manchester Police and North West Ambulance Service."

All the incidents have occurred in England, except for one which happened in Northern Ireland.

West Yorkshire Police issued a warning about swimming in open water in hot weather after they recovered the body of a 15-year-old boy, from Stocking Lane in Knottingley, who was pronounced dead at the scene on Tuesday. 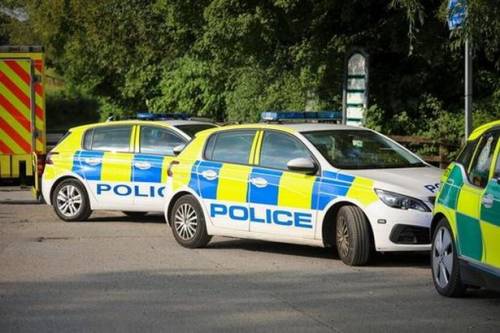 Dozens of police, paramedics and fire crews are all at the scene at Reddish Vale

Merseyside Police said that a man had died and two others were taken to hospital following an incident at Crosby Beach on Tuesday.

The force said officers were called at around 7.10pm following reports of three men in their 20s getting into difficulties in the sea.

Lee Heard, RLSS UK's charity director, said: "Whilst we recognise how tempting it is to cool off in the UK's beautiful waterways, they hide hazards that tragically take lives each year and we urge the public to use caution when entering the water, getting acclimatised to the water temperature before jumping in.

"The difference between the air temperature and water temperature can literally take your breath away; this is called cold water shock. It is silent, invisible and deadly.

"Water can also hide debris, strong currents and sudden changes in depth that can catch out even the strongest swimmers.

Previous : Biden says ‘just the beginning’ on Cuba sanctions for crackdown on protests
Next : Woman, 23, constantly feels like a ‘zombie’ and finds it difficult to send texts